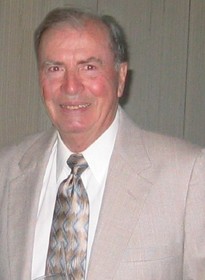 Memorial Candles Lit for Robert | SEE ALL
Click to Light a Memorial Candle for Your Loved One
"We are honored to provide this Book of Memories to the family."
— Flynn & Dagnoli Funeral Home
Send
Flowers Service Details
& Obituary View
Tributes Leave a
Condolence Light
a Candle More


Robert (Bob) Diodati, 94, passed away on March 27th. He was pre-deceased by his loving wife Florence (Hannaleck), as well as his two brothers, Edward and Donald. The Diodati brothers grew up in Williamstown on Linden St. next to their cousins, Billy and Joe Como.

Bob graduated from Williamstown H.S. in 1942 where he was a three-sport athlete, captaining the baseball team. He enlisted in 1942 and served as a radio gunner on the B17, Flying Fortress and later on the B29 Bomber. After the war, he began a long career at Sprague Electric, where he met his future wife Florence, marrying in 1953. Bob retired from Sprague in 1985 as Industrial Relations Manager but continued to work as a consultant for the company.

FUNERAL NOTICE: A Liturgy of Christian Burial for Robert Diodati will be celebrated Friday April 6, 2018 at 11:00 AM at Sts. Patrick and Raphael Church. Burial will follow in Eastlawn Cemetery. Calling hours at FLYNN & DAGNOLI-MONTAGNA HOME FOR FUNERALS WEST CHAPELS, 521 West Main St. North Adams, MA are Thursday from 4-7 PM. In lieu of flowers, donations can be made to the Richard Reuther Post 152 American Legion in Williamstown, where he was a member, in care of the funeral home. To add to the Book of Memories, please visit www.flynndagnolifuneralhomes.com.