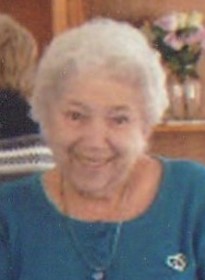 Memorial Candles Lit for Dawn | SEE ALL
Click to Light a Memorial Candle for Your Loved One
"We are honored to provide this Book of Memories to the family."
— Flynn & Dagnoli Funeral Home
Send
Flowers Service Details
& Obituary View
Tributes Leave a
Condolence Light
a Candle More

Dawn Pauline (Bressette) Swanson, 91, of North Adams, MA died on Tuesday, April 10, 2018 at Albany Medical Center. She was born in North Adams, MA on March 25, 1927 a daughter of the late David and Corinna (Lord) Bressette.
Mrs. Swanson attended the former Notre Dame School. In her younger years, she was employed at the Hoosac Cotton Mill in North Adams. She went on to raise and care for her family, and was a devoted mother, grandmother, and great-grandmother. She was a communicant of St. Elizabeth of Hungary Church, and a former communicant of Notre Dame Church. Dawn loved playing cards and Bingo with her friends and family. She was an extraordinary cook and loved to serve a crowd.
Dawn was the widow of John David Swanson, whom she married on September 10, 1949. He died on August 7, 2001.
Survivors include three daughters Darlene Charron and her husband, Robert of Readsboro, VT; Mary Ellen Pellerin and her husband, James of Wilmington, VT; and Tina Fiata of North Port, FL; three sons Zinny Swanson and his wife, Fran of Halifax, VT; Matthew Swanson and his wife, Tammy of Readsboro, VT; and Bruce “Beaver” Swanson and his wife, Linda of Halifax, VT; thirteen grandchildren; twelve great grandchildren; sister Irene Martelle of North Adams; and her adopted family Tim and Irene Shea of Clarksburg. She was predeceased by her daughter Doreen Swanson; granddaughter Monica Charron; sisters Lillian Bressette, Marie Sharron, and Jackie Joseph; as well as her step-brother Leo Gauither.
FUNERAL NOTICE: A funeral service to celebrate the life of Dawn Swanson will be held on Friday, April 20, 2018 at 6:00p.m. at the Flynn & Dagnoli Funeral Home – WEST Chapel, 521 West Main St., North Adams, MA 01247. Calling hours will be held at the funeral home from 4:00p.m. until the time of the service. Donations in her memory can be made to St. Vincent DePaul Council. To add to the Book of Memories, please visit www.flynndagnolifuneralhomes.com.