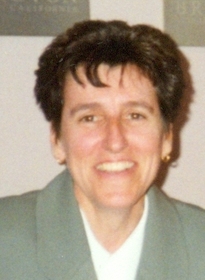 Memorial Candles Lit for Linda | SEE ALL
Click to Light a Memorial Candle for Your Loved One
"We are honored to provide this Book of Memories to the family."
— Flynn & Dagnoli-Montagna Home for Funerals-Central Chapel
Send
Flowers Service Details
& Obituary View
Tributes Leave a
Condolence Light
a Candle More

LINDA JANE ESTES, 71 of Southampton, MA passed away on June 1, 2018. She died of cancer after a long series of treatments at Mercy Hospital in Springfield, the Dana Farber Cancer Institute, and Brigham & Women’s Hospital in Boston.

Born in North Adams, MA, Linda was the daughter of Franklin (Jack) Estes and Rose (Trimarchi) Estes. She was an avid pool player since the age of 12, when her father brought home a pool table from Dooley’s Pool Hall in North Adams. She was a team captain and active member of the New England American Poolplayers Association (NEAPA) in Westfield, MA and the Springfield, MA area for many years. She was also a fan of the Boston Red Sox and New England Patriots.

A 1965 graduate of Drury High School in North Adams, MA, Linda attended Trinity College in Vermont and earned a B.S. in Sociology in 1969. Linda served as an American Red Cross Donut Dolly to enlisted troops in Vietnam in 1970-71. After her return home, she attended the Massachusetts College of Liberal Arts and earned a Master’s Degree in Education. She worked for the Massachusetts Department of Education for over 35 years as a Special Education Compliance Specialist. She earned a Juris Doctor degree in 1988 from Western New England College in Springfield and passed the Massachusetts bar exam later that year.

She is survived by her sister and brother in law, Mary Lou (Estes) Doherty and Charles Doherty of North Adams; a niece Kelly (Doherty) Frederick, her husband Jon Frederick in Adams, and their 2 children Kailynne and Austin, and several cousins to whom she was very close. Linda also kept in touch with many of her friends from high school and college for over 40 years. She is survived by many of them, as well as long time friends Janet Craven of Ashaway, RI and Cheryl Ruhman of Cherry Plain, NY. Special thanks to those friends who traveled to Boston for Linda’s treatments or to visit her in the hospital.

FUNERAL NOTICE: A Liturgy of Christian Burial for Linda Estes will be celebrated Thursday June 7, 2018 at 11:30 AM at St. Elizabeth of Hungary Church. Burial will follow in Southview cemetery. Calling hours at FLYNN & DAGNOLI-MONTAGNA HOME FOR FUNERALSCENTRAL CHAPELS, 74 Marshall St. North Adams, MA are Wednesday from 5-7 PM. To add to the Book of Memories, please visit www.flynndagnolifuneralhomes.com.