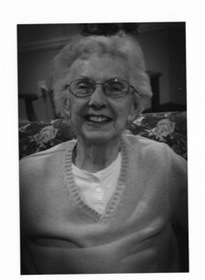 Memorial Candles Lit for Janice | SEE ALL
Click to Light a Memorial Candle for Your Loved One
"We are honored to provide this Book of Memories to the family."
— Flynn & Dagnoli Funeral Home
Send
Flowers Service Details
& Obituary View
Tributes Leave a
Condolence Light
a Candle More

Janice Ruth (Russett) Tanner, 86, formerly of North Adams, died on Tuesday, July 31, 2018 at the Medway Country Manor in Medway, MA after a long illness. She was born in North Adams, MA on February 1, 1932 a daughter of the late Lawrence and Viola (Richards) Russett.
Janice attended local schools and graduated from Drury High School. In her early years, she was employed at Sprague Electric. She went on to raise and care for her family, and was a devoted wife and mother. She loved animals of all kinds. In her later years, Janice enjoyed bowling, shopping and antiquing. She was also an active member of the Gold Card Club.
She was the widow of Donald Dewey Tanner, whom she married on April 16, 1954. He died on February 14, 2004.
Survivors include her son Michael Tanner and his wife, Ellen of Takoma Park, MD; daughter Barbara Wallace and her husband, Peter of Medway, MA; grandson Andrew Wallace and his fiancée, Nicole Twamley, of St. Albans, VT; as well as several nieces and nephews. She was predeceased by her sister Marjorie Harvey; and her brothers Lawrence, Richard, and Donald Russett.

FUNERAL NOTICE: A funeral service to celebrate the life of Janice Tanner will be held on Friday, August 3, 2018 at 2:00pm at the Flynn & Dagnoli Funeral Home – WEST Chapel, 521 West Main St., North Adams, MA 01247. Burial will follow in Southview Cemetery. A calling hour will take place from 1:00 PM until the time of the service at the funeral home. In lieu of flowers, donations in her memory may be made to the Berkshire Humane Society. To add to the Book of Memories, please visit www.flynndagnolifuneralhomes.com