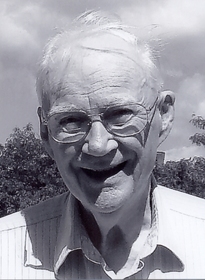 Memorial Candles Lit for Arthur | SEE ALL
Click to Light a Memorial Candle for Your Loved One
"We are honored to provide this Book of Memories to the family."
— Flynn & Dagnoli-Montagna Home for Funerals-Central Chapel
Send
Flowers Service Details
& Obituary View
Tributes Leave a
Condolence Light
a Candle More

Location
Southview Cemetery
Address
1075 South Church St. North Adams, MA 01247
Map & Directions
Text Me Directions
×
Text Me Directions
Get directions to the event directly to your phone
Send Flowers
Share on Facebook
Interment Extra Info
Services for Art will be private at the request of the family.

Arthur W. Eade, 92 of North Adams, MA died Saturday August 25, 2018 at his home after a brief illness.
Arthur was born in Milford, CT on January 30, 1926, son of Anna (Boyle) Eade and Arthur W. Eade, Sr. He attended local schools in Milford, where he played clarinet in a dance band, and graduated from Brown University in 1945 as an ensign in the USNR. A WWII veteran, Arthur was stationed in Kwajalein during the war. After the war, he joined his father in the family insurance agency.
After receiving his Certificate of Advanced Studies in Mathematics at Wesleyan University, he taught math at Hamden High School in Hamden, CT where he became head of the Math Department and co-authored a series of high school math textbooks published as part of the Prentiss Hall Modern Mathematics Series. He moved with his family to Massachusetts where he taught at Northfield/Mt. Hermon for one year and in 1968 joined the then North Adams State College (now MCLA) math faculty where he became an associate professor. During his tenure at MCLA, he helped found the computer science department-a lifelong interest of Art's-until he suffered a stroke in 1983 and retired the following year. He was a member of the American Federation of Teachers.
Art was an avid ham radio operator while in Connecticut and a talented photographer for much of his life. He loved jazz, chess and opera and developed a lifelong interest in all things computer including building computers from kits during the early days of the industry.
Art is survived by his wife of 68 years, Marilyn (Kenney) Eade; daughter Mary Katherine Eade of Williamstown, MA; son William J. Eade of Pittsfield, MA; son James V. Eade (Sheri Anderson) of Menlo Park, CA; and son David L. Eade of Whitingham, VT as well as his beloved card partner and grandson, Alex Lewis Eade of Pownal and Whitingham, VT. Art also leaves two nephews- Dean Conway (Cindy) of Jamaica Plain, MA; Jay Conway (Jean) of Greenfield, MA; and one niece, Jill (Conway) Villatoro of Washington, DC. His brother, Robert A. Eade died in 1998.
FUNERAL NOTICE: Services for Art will be private at the request of the family. Memorial donations may be made to HospiceCare in the Berkshires or the North Adams Ambulance Service where Art received exceptional and caring support during his final illness and sent in care of FLYNN&DAGNOLI-MONTAGNA HOME FOR FUNERALS CENTRAL CHAPEL, 74 Marshall St. North Adams, MA 01247. To add to the Book of Memories, please visit www.flynndagnolifuneralhomes.com.