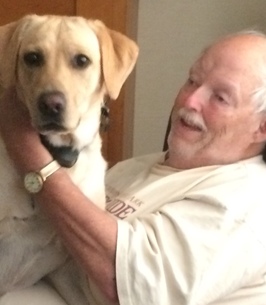 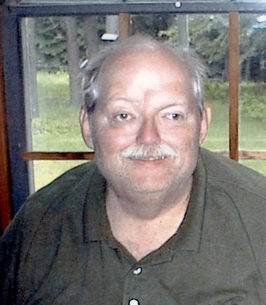 Print
RAYMOND ERNEST GAUDETTE JR., of Williamstown, MA died on October 30, 2018 at the Southwestern Vermont Medical Center in Bennington, VT. He was born in North Adams, MA on January 19, 1949, a son to the late Raymond E. and Ruth C. (Blanquart) Gaudette. He attended schools in North Adams, graduating from Drury High School with the Class of 1967. He attended the University of Massachusetts where he received a degree in Psychology and then the American International College where he received his Masters in Education. He also went to MCLA where he received his degree in Computer Science.
Raymond was employed as a school psychologist in the North Adams School System and then was employed at MCLA as the Computer Lab Manager. He also owned and operated a computer software business. He was an avid and accomplished chess player who loved to read and spend time on the computer and took pleasure in always learning something new. He loved animals. He served on the Human Rights Committee for BFAIR as well as a card carrying member of MENSA.
Survivors include his wife of 40 years, Nancy (Mazza) Gaudette who he married on July 15, 1978. He also leaves several cousins and his lifelong and constant friend Mikey Shakar. His brother-in-law, Thomas Peter Mazza predeceased him.
FUNERAL NOTICE: A Liturgy of Christian Burial to celebrate the life of Raymond E. Gaudette, Jr. will take place on Saturday, November 3, 2018 at 10:30 a.m. in St. Elizabeth of Hungary Church in North Adams. Burial will follow in the Eastlawn Cemetery. Calling hours will be held at the Flynn and Dagnoli Funeral Home, CENTRAL CHAPELS, 74 Marshall St. North Adams, MA from 9-10a.m. on the morning of the funeral. Memorial Donations may be made to Berkshire Humane Society through the funeral home. To add to the Book of Memories, please visit www.flynndagnolifuneralhomes.com.


To send flowers to the family of Raymond Ernest Gaudette, please visit our Heartfelt Sympathies Store.

We encourage you to share any memorable photos or stories about Raymond. All tributes placed on and purchased through this memorial website will remain on in perpetuity for future generations.

NM
I am so saddened to read of Ray's passing. His breadth of knowledge in the fields of psychology, special education, and computer science earned him widespread recognition in the city of North Adams and at NASC/MCLA. My college students and I were indebted to Ray for all that he had done to help us become computer literate. He worked tirelessly as the manager of the Computer Lab at Mark Hopkins Hall. I so much admired his humility and his ability to communicate complex computer concepts, employing teaching approaches that were interesting and enjoyable. A unique sense of humor endeared him to his students and colleagues. Nancy, my thoughts are with you and all those people who were so fortunate to have known your very special husband.

MC
Please accept my deepest sympathies on Ray’s passing. I have many fond memories of playing “speed chess” and especially “double bughouse” with Ray and our friends Mike Stankiewicz and Lou Petithory. Ray would take me to chess tournaments before I could drive and I also recall a trip to New York City with him and Mike to attend a Star Trek convention – cherished memories for sure! I was lucky enough to catch with him again in my adult years when he ran a North County chess club and worked for a time at General Dynamics. I truly appreciated his generosity, friendship, and of course his dry wit and self-deprecating sense of humor. I will think about him often.
Mark Cote - Thursday November 01, 2018 via Condolence Message
Share This:

Our deepest sympathy. Sorry for your loss.
Janet and Bill Taft - Thursday November 01, 2018 via Donation
To: BERKSHIRE HUMANE SOCIETY INC
Share This:
1
Page 1 of 1
Share
×