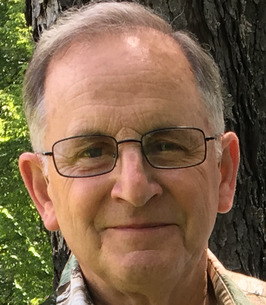 Print
John Francis Orsi, 73, of Longview Terrace, Pittsfield, died Tuesday, November 6, 2018 at Hillcrest Commons after a courageous battle with Alzheimer’s disease while surrounded by his loving wife and children.
A lifelong resident of the Lakewood neighborhood in Pittsfield, he was born on April 25, 1945 to the late Aldo and Eugenia (Angello) Orsi. He attended Pittsfield schools and was a 1963 graduate of Pittsfield High School. He then enlisted in the United States Navy, serving aboard the submarine USS Torsk until his honorable discharge in 1967. An avid sportsman, as a young man John enjoyed hunting, fishing, and camping with his dear friends, Danny Barnini and the late George Rocklin.
He and his wife, Roberta ‘Bobbie’ DeBlois, were married on October 14, 1983. John built their home, which sits alongside his beloved Goodrich Pond, surrounded by beautiful gardens that they created and tended to over the years. John was a faithful communicant of All Souls Church, and then Mount Carmel, teaching Catechism for many years. He was a member of the former Central Holy Name Society and the Father William Contino Italian American War Veterans Post 75.
John retired in 2000 from General Electric Company after 35 years, and thereafter dedicated himself to serving his friends, family and community. He volunteered at numerous local food pantries, cared for the Salvation Army’s beautiful nativity scene that he erected and maintained for years, tended to the Bocce Ball court at the Italian American Club and maintained the soccer field at Brattle Brook Park. John was a good steward of the Lakewood neighborhood, and he could often be found maintaining open areas or assisting with snow removal in the winter. Most importantly, John was a loyal husband, father, and friend and would not hesitate to lend a hand in a time of need.
Besides his wife, he leaves three sons, David (Kim) Orsi, Travis Orsi and Christopher Orsi; one daughter, Melissa (Kevin) Hall, and two grandchildren, Levi and Noah Hall, all of Pittsfield. He also leaves one brother, Thomas (Kathy) Orsi of North Kingstown, RI and his lifelong friend, Danny Barnini. The family would like to extend their heartfelt “thank you” to all of their friends that supported John and his family during their journey through Alzheimer’s disease. The family would also like to thank the staff at Home Instead Senior Care, especially Terry Alfonsi; Wingate Residences at Melbourne Place, especially Cara Holcomb; HospiceCare of the Berkshires, especially Tracie Magni, and Hillcrest Commons, especially Jim Wren, Mary Meloveck and the countless other staff who joined with us in prayer.
Funeral Notice: Services for John F. Orsi will take place Saturday, November 10, 2018 at 8:00 A.M. from the FLYNN & DAGNOLI-BENCIVENGA FUNERAL HOME, 5 Elm St., Pittsfield, MA 01201. A Liturgy of Christian Burial will be celebrated at 9:00 A.M. at St. Joseph's Church, 414 North St., Pittsfield with the Rev. Geoffrey J. Deeker C.S.S. Officiating. Burial with Military Honors will follow at St. Joseph's Cemetery. Calling Hours at the funeral home will be Friday, November 9, from 4-7 P.M. In lieu of flowers, memorial donations are suggested for Friends Club at Home Instead Senior Care, a local program for people living with dementia and their caregivers. To add to Book of Memories, please visit www.flynndagnolifuneralhomes.com.


To send flowers to the family of John F. Orsi, please visit our Heartfelt Sympathies Store.

We encourage you to share any memorable photos or stories about John. All tributes placed on and purchased through this memorial website will remain on in perpetuity for future generations.

SB
Bobbi and family- I am so sorry for your loss of John, my thoughts and prayers are with you during this difficult time. With sympathy, Shannon Breault
Shannon Breault - Saturday November 10, 2018 via Condolence Message
Share This:

PA
Dear Bobbie I was so sorry to hear about John's passing. I know it is difficult and yet we know with the disease he now at peace. I remember John from our days at GE. he was a quiet man with a sense of humor. Karen and I extend our sympathy to you and yo0ur family.

BL
Bobbie
Please accept my condolences for Johns death.
May God bless you, as I'm sure he will, for the struggles you lived with while John slowly left you.
While your troubles were many and heartbreaking, as you cared for him, you still found time to help others.
I cannot describe how much you helped me understand this brain illness and taught me how to be a loving caregiver. Your example as a caretaker inspired me. Thank you.
May the Lord bless you and keep you in his arms.
With love, Bob Lamarre