To share your memory on the wall of Ronald Kelly, sign in using one of the following options:

Provide comfort for the family of Ronald Kelly with a meaningful gesture of sympathy.

Print
A private celebration of life will take place on his birthday, February 2, 2019.

We encourage you to share your most beloved memories of Ronald here, so that the family and other loved ones can always see it. You can upload cherished photographs, or share your favorite stories, and can even comment on those shared by others.

Posted Feb 01, 2019 at 02:56pm
"God is our refuge and strength;A help that is readily found in times of distress."(Psalms 46:1) As you go through this distressing time, you can find consolation in God"s Word. Isaiah 25:8 says:"He will swallow up death forever." This gives you the hope of seeing your loved one again by means of a resurrection.(Acts 24:15) My condolences."
Comment Share
Share via: 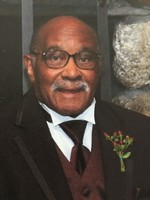