To share your memory on the wall of Edward Newman, sign in using one of the following options:

To send flowers to the family or plant a tree in memory of Edward Alexander Newman, please visit our Heartfelt Sympathies Store.

We encourage you to share your most beloved memories of Edward here, so that the family and other loved ones can always see it. You can upload cherished photographs, or share your favorite stories, and can even comment on those shared by others.

Dennis and Love the Rose/Sullivan family sent flowers to the family of Edward Alexander Newman.
Show you care by sending flowers

May it comfort you to know that your dear loved one will return to the days of his youthful vigor as promised at Job 33:25. Please accept my deepest sympathy.
Comment Share
Share via:
D

Posted Jun 04, 2019 at 12:00pm
To the family of Ed,
Sorry for your loss of Ed, I remember going to his store back when I was a young boy to buy penny candy. Ed was always a very kind and genuine person. May you all be blessed through this most difficult time of sorrow. May Ed rest in peace!
Timothy Therrien
Comment Share
Share via:
LF 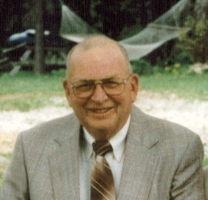