To share your memory on the wall of Susan Toye-Gaudreau, sign in using one of the following options:

Provide comfort for the family of Susan Toye-Gaudreau with a meaningful gesture of sympathy.

To send flowers to the family or plant a tree in memory of Susan Marie Toye-Gaudreau (O'Neill), please visit our Heartfelt Sympathies Store.

We encourage you to share your most beloved memories of Susan here, so that the family and other loved ones can always see it. You can upload cherished photographs, or share your favorite stories, and can even comment on those shared by others.

Posted Jun 26, 2019 at 12:00pm
Shannon, Kevin, Sandy, Laurie, Marc and Families, I was heartbroken to hear of Sue's passing. We had just communicated on FB and she seemed to be so looking forward to our 50th reunion. When I moved to North St just before 6th grade, Sue was my good friend and we spent that whole year hanging out, doing homework together, and just being pals. Sue was so accomplished and such a kind person loved by so many. Sandy, I know she treasured your relationship and loved playing golf with you. I'm so sorry...Sending my sincerest condolences to you all. Diane Mirante
Comment Share
Share via:
BT

Posted Jun 12, 2019 at 07:53am
Sending our deepest condolences and prayers to the entire family during this difficult time. We loved the times we got to spend at baseball games with Sue or BBQ-ing at Cindy and Kevin's house when she visited New Jersey. Sending all of our love. With Love, Amy & James Murphy
Comment Share
Share via: 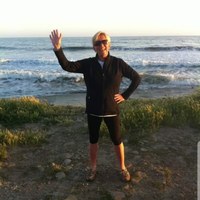