To share your memory on the wall of Suzanne Wilkins, sign in using one of the following options:

Provide comfort for the family of Suzanne Wilkins with a meaningful gesture of sympathy.


Suzanne (Suki) Porter Wilkins died peacefully on August 6, after a brief illness, in the company of her adoring family and just two weeks shy of her ninety-sixth birthday and seventy-fifth wedding anniversary.

Suki grew up in Brockton, Massachusetts, the youngest of four sisters and spent her childhood among a close knit set of relatives—during the school year in her Campello neighborhood and during summer at the family’s home in Monument Beach on Cape Cod. Suki went on to attend Connecticut College in New London, interrupting her studies to marry a young medical doctor in August, 1944. Soon thereafter they found themselves moving around the country like so many young couples during World War II, settling eventually in West Newton, Massachusetts, where she took a leadership role in raising their three children. It was in the Boston area that she was able to complete her college degree and pursue her passion as a docent with The Museum of Fine Arts, Boston.

In 1986 Suki and her husband Wilk “retired” to Williamstown, Massachusetts, where for the next thirty-plus years they became prominent and extraordinarily well-respected leaders in the community—as individuals and as a powerful team. During these years Suki’s unassuming and infectious presence served to bring out the best in everyone she met—whether it was with the Garden Club of Williamstown, in starting a program for reading to second graders in North Adams or in her twenty-four year stint as a volunteer docent at the Clark Art Institute. She kept herself physically and mentally fit well into her nineties— through her love of yoga, her golf outings with a group called “the chippers” and her weekly bridge group. Throughout it all, “Suki and Wilk” were soulmates in service, and for their work together they shared the 2004 Williamstown Community Chest Good Citizen Award.

Perhaps her most iconic role was in her dedication to the First Congregational Church in Williamstown, where she became the go-to person in hand-delivering bouquets of flowers to those who were most in need. In brief, she was that selfless spirit who could build community wherever she found it and bring all of us that much closer together.

Donations may be made in Suki’s name to HospiceCare in The Berkshires. A memorial service is planned for the fall in Williamstown. To add to the Book of Memories, please visit www.flynndagnolifuneralhomes.com.
Read Less

To send flowers to the family or plant a tree in memory of Suzanne "Suki" Wilkins (Porter), please visit our Heartfelt Sympathies Store.

There are no events scheduled. You can still show your support by sending flowers directly to the family, or planting a memorial tree in memory of Suzanne "Suki" Wilkins (Porter).
Visit the Heartfelt Sympathies Store

We encourage you to share your most beloved memories of Suzanne here, so that the family and other loved ones can always see it. You can upload cherished photographs, or share your favorite stories, and can even comment on those shared by others.

Posted Aug 11, 2019 at 09:11pm
Dear Dr. Wilkins and Wendy, I extend my deepest and heartfelt sympathy in the passing of your beloved Suki. My thoughts and prayers are with you during this difficult time.
Comment Share
Share via:
TP

Posted Aug 10, 2019 at 12:40pm
I have only known Suki for 7 years, through our church. I am deeply saddened by her passing. Only a short time ago we were to meet for coffee at Five Corners cafe near her home. She didn't show up, and I later learned it was because she was on home hospice. Suki was one of the most kind, happy, sparkling and encouraging people I have known. Despite our age difference, we became friends through working with flowers at the church. I will miss her terribly and will always see her sitting in "her pew spot" next to my row, with a happy smile and greeting for all. What a wonderful woman and role model. Rest in peace, dear Suki. You are clearly among angels.
Comment Share
Share via: 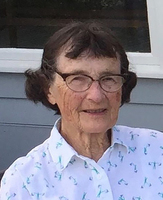