To share your memory on the wall of William Flynn, sign in using one of the following options:

To send flowers to the family or plant a tree in memory of William Edward "Billy" Flynn, please visit our Heartfelt Sympathies Store.

There are no events scheduled. You can still show your support by sending flowers directly to the family, or planting a memorial tree in memory of William Edward "Billy" Flynn.
Visit the Heartfelt Sympathies Store

Posted Sep 05, 2019 at 02:32pm
Lorna, I am really sad to hear of Bill's passing. I do remember him as a very experienced and friendly colleague who was always available to help you out when needed. My love and prayers are with you all.
Peter Oude Aarninkhof (ST Holland BV)

Flowers were purchased for the family of William Flynn. Send Flowers

Posted Sep 05, 2019 at 12:05pm
Kelly, Paula & Liz. We are so sorry for your loss. Please know you are in our thoughts and prayers, along with your entire family.

Posted Sep 05, 2019 at 11:18am
Liz, Kelly and Paula. I am so sorry for your loss. Please know that my thoughts and prayers are with you all today, tomorrow and in the days ahead. Shared memories will keep Bill close to your hearts in spirit and love.
Comment Share
Share via: 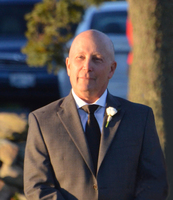