To share your memory on the wall of Thomas Flynn, sign in using one of the following options:

Print
Thomas Francis Flynn, Jr of Franklin, MA, formerly of Lanesborough & S. Yarmouth, MA, passed away peacefully on Sunday, September 22, 2019. He was born on August 28, 1936 at Faulkner Hospital in Roslindale, MA, the son of the late Thomas F. and Made... Read More
Thomas Francis Flynn, Jr of Franklin, MA, formerly of Lanesborough & S. Yarmouth, MA, passed away peacefully on Sunday, September 22, 2019. He was born on August 28, 1936 at Faulkner Hospital in Roslindale, MA, the son of the late Thomas F. and Madeline (Callahan) Flynn. He was a 1954 graduate of Boston Latin School where he was Captain of both the cross-country and track teams. Tom’s passion for Cross Country and track and field along with his training and dedication led to his very successful running career. He was a 1958 graduate of the University of Massachusetts Amherst where he was again Captain of both the cross-country and track teams. Tom was part of the winning relay team for the 1 mile race in the Boston Garden against colleges from MA, CT, RI and NH. One of his proudest moments was his runner-up finish in the mile to Ron Delaney, the 1956 Olympic Gold Medalist from Ireland, at the Northeast AAU Championships. After graduating from college, Tom was a newly Commissioned Lt. in the United States Army. From 1958-1962 Tom was an Army Company Commander, 82nd Airborne, Special Forces serving in several locations throughout Germany. He was awarded the Army Commendation Medal for Meritorious Service while in Germany due to ‘his loyalty, integrity and tact in his relationship with both his superiors and subordinates’. This distinguished honor was given to only 2 soldiers out of tens of thousands. He was then subsequently awarded the wings of a Military Parachutist.
Upon his return to the United States, he & his family lived for a short time in the Boston area. From 1962-1964 he served in the Special Forces Reserves out of Boston. In 1964 they moved to Pittsfield, MA where he established Flynn Volkswagen with his father Thomas Flynn, Sr. The family moved to Lanesborough, MA where they resided and raised their 5 children until 2009, before moving full-time to South Yarmouth, MA. In 2017, Tom moved to Franklin, MA to be cared for by his daughters Trish and Denise and the wonderful staff at Atria Assisted Living.
Tom was kind, caring and charitable; he was an active member of the community. He served on the National Automobile Dealers Association; he was President of the Massachusetts Auto Dealer Association and President of the VW Dealers Association. He was an active communicant of his parish and along with his wife was named 2007 honorary chair couple of the Diocese of Springfield appointed by the Bishop. He was a long time Member of the Board at (BARC) Berkshire Association of Retarded Citizens and President of Omega Corp. where he was an integral part of securing Group homes for disabled adults. In 2007 BARC unveiled the “Thomas F. Flynn, Jr. Community Apartments” at 189 East Street in Pittsfield to thank Tom for his tireless support and many years of service. The dedication was a wonderful celebration and an honor which he was very humbled to receive. From 1964 until his retirement in 2007 he was the heart and soul of the Flynn Automotive Dealerships working tirelessly to grow and maintain the Family business for those 43 years. For 14 years he commuted daily between his VW Audi Porsche BMW store in Pittsfield and his Ford, Mercury, Nissan and Subaru store in Bennington, VT. In addition to his endless hours devoted to the Family Automobile business. Tom loved visits with his Grandchildren, whom he adored and was always very proud of…Always saying that each one was the next Olympian in their respective sport. He delighted in sharing the many stories of his life in the Military with them. He enjoyed fishing, hunting and spending time outdoors with his beloved german shepherds. He was an avid Racquetball player, winning a number of Regional tournaments including reaching the State and New England Tournaments in doubles. Tom enjoyed traveling with Ireland always holding special place in his heart. Ireland was so near and dear to Tom that if he wasn’t telling stories of his travels to Ireland, he was planning his next trip there. In retirement, there wasn’t a cross-word puzzle he couldn’t conquer or an episode of Jeopardy he didn’t seize. He enjoyed living on the Cape or as he so fondly referred to, “God’s Country.” Tom was pre-deceased by his wife Marion and his son Joseph. He is survived by 4 of his children and their spouses; Thomas F. Flynn III and Anne K. Flynn of Lenox, Trish F. and Bill R. Alexander of Mendon, Denise L. Flynn-Wright and Michael P. Wright of Franklin and Kathleen A. Flynn-Kasuba and Mark E. Kasuba of Lanesborough. Tom also leaves nine grandchildren; Alexandria & Eammon Flynn, Connor & Brenna Alexander, Cormac & Keegan Wright, Ryan Flynn-Kasuba, Kyle Flynn-Kasuba, Bryanna Flynn-Kasuba and a great-grandson Teigan Flynn-Kasuba. He is also survived by his two sisters, Janice and Susan and many close friends and relatives.
The Family will receive friends on Thursday, October 17th from 4:00-7:00 PM at
Flynn & Dagnoli-Bencivenga Funeral Home, 5 Elm Street, Pittsfield, MA 01201
Liturgy of Christian Burial will be held on Friday, October 18th at 10:00 AM at Sacred Heart Church, 191 Elm Street, Pittsfield, MA 01201.
In lieu of flowers, the family has requested that donations be made to the Wounded Warrior Project (woundedwarriorproject.org/Veterans/Charity) or to your local VFW.
A private burial will be held at the Massachusetts National Cemetery in Bourne.
Read Less

To send flowers to the family or plant a tree in memory of Thomas Francis Flynn Jr., please visit our Heartfelt Sympathies Store.

Guaranteed hand delivery by a local florist
B

Posted Nov 11, 2019 at 09:44am
Dear Anne, Tom, Ali, Eammon and family,
Please accept these very belated condolences from me. I am just catching up on Pittsfield news as we have been away and have been acclimating to life with my husband Mike on dialysis. It is so hard to lose a beloved family member. I hope you are all doing okay. I am sending love and prayers to you all for peace and comfort. God bless. Becky Knox
Comment Share
Share via: 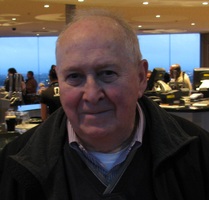