To share your memory on the wall of Ward Morrison, sign in using one of the following options:

Provide comfort for the family of Ward Morrison with a meaningful gesture of sympathy.

We encourage you to share your most beloved memories of Ward here, so that the family and other loved ones can always see it. You can upload cherished photographs, or share your favorite stories, and can even comment on those shared by others.

Kristen Sawyer, Ben, Leanne, Michael and Quinn Mortell, and others have sent flowers to the family of Ward Duffey Morrison.
Show you care by sending flowers

Posted Nov 08, 2019 at 08:20am
Wishing you peace to bring comfort, courage to face the days ahead and loving memories to forever hold in your hearts.

Tammy and Sharon Sawyer purchased the The FTD Comfort Planter for the family of Ward Morrison. Send Flowers

Posted Oct 30, 2019 at 08:47am
So sorry for your loss - he was one of the greatest co-workers for me both at Joy and Cannon. A delight to work with and for at both
plants. Death leaves a heartache no one can heal,
Love leaves a memory no one can steal!
Mary Grenier
Comment Share
Share via: 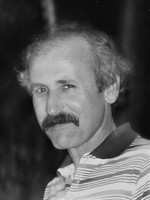