To share your memory on the wall of Mary Bellonger, sign in using one of the following options:

To send flowers to the family or plant a tree in memory of Mary Elizabeth Bellonger, please visit our Heartfelt Sympathies Store.

We encourage you to share your most beloved memories of Mary here, so that the family and other loved ones can always see it. You can upload cherished photographs, or share your favorite stories, and can even comment on those shared by others.

Posted Nov 14, 2019 at 12:47am
Dearest Folks;
As we pay our final respects to Mary..let the peace that passes all understanding fill your hearts with joy. She has taken her second and final flight. The first was on the Angel Med Flight..@ 41,000 foot altitude. Where only spy planes and Astronauts fly higher. This time..her flight will arrive in Heaven.. on God's Airline. While married to her.. she had a collection of Angels. Looking back.. I wonder if there was some latent message in that? I believe there was. For now she is one. As a Nurse..her patients surely thought she was. As did her co-workers. . who gave her a number of those Angels as gifts. The whys and wheres may be open to debate. But they are a common thread, woven through Mary's life. Though not in Massachusetts, to share with the friends and relatives, I shared 14 years with my Angel. Rejoice in knowing that Angels were instrumental in ensuring Mary's return to her homeland. The joy I've received, in seeing so many of her loved one's hearts warmed by her return..is priceless beyond description. That more than compensates for my not being there. If she were to speak from 'over there'...she might say something like: "This place is real. No more sorrow. No more tears. Just joy unspeakable and full of Glory...forever in the presence of Jesus Christ and the loved ones who've gone before. Do not miss out on this. I'll be waiting for you." Amen, Mary. Humbly yours, Terry
Comment Share
Share via:
TB

Posted Nov 10, 2019 at 10:29am
Family and Friends:
Though words are necessary to communicate, moments like these may put our abilities to a supreme test. We struggle to comfort one another, with expressions that soothe broken hearts, as well as conveying uplifting hope of that glorious realm with the Savior..Jesus Christ. Let your hearts be your guide, the words, though conveyed through tears, will follow. Trust me on that. I had the grand privilege of meeting and marrying Mary. Dec. 21, 2019 would have been our 14th Anniversary. (on my sister's birthday ) Those years included our 2017 trip, via Sioux Falls, to Louisiana, to Florida and AMTRAK's Auto-Train, up the East Coast to New England. A brief trip up to Maine marked my having been in all 50 states. A life's goal of mine. Our great moments were shared. Perhaps the most significant being our Angel Med Flight, That was the ultimate miracle for her family. The joy on their faces, to have Mary back home, was priceless to behold. Only the great Banquet of the Lamb, in Heaven, will exceed what I had the blessings to be a part of. Rejoice for Mary..and give thanks to God, for it all. Til we meet again..Beyond the Sunset. Peace, Terry L. Bellonger

The FTD Vibrant Sympathy Planter was purchased and planted a memorial tree for the family of Mary Bellonger. Send Flowers 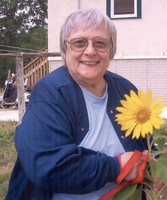 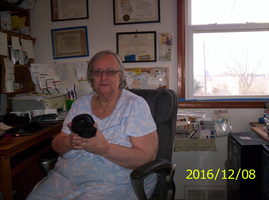 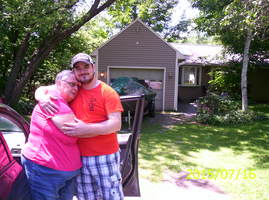 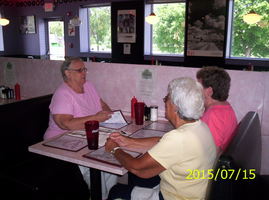