To share your memory on the wall of Arlene Zappone, sign in using one of the following options:

FUNERAL NOTICE: A Liturgy of Christian Burial for Arlene Zappone will be celebrated Thursday, November 14, 2019 at 11:00 AM at St. Elizabeth of Hungary Church, North Adams, MA. Burial will follow in Southview Cemetery. Calling hours at FLYNN & DAGNOLI-MONTAGNA HOME FOR FUNERALS, WEST CHAPELS 521 West Main St. North Adams, MA are Wednesday, November 13, 2019 from 4:00 to 7:00 PM. In lieu of flowers memorial donations may be made to the St. Vincent de Paul Conference at St. Elizabeth of Hungary Church in care of the funeral home. To add to the Book of Memories, please visit www.flynndagnolifuneralhomes.com.
Read Less

To send flowers to the family or plant a tree in memory of Arlene Amelia Zappone (Raina), please visit our Heartfelt Sympathies Store.
Print

We encourage you to share your most beloved memories of Arlene here, so that the family and other loved ones can always see it. You can upload cherished photographs, or share your favorite stories, and can even comment on those shared by others.

Kevin LeFave and Family sent flowers to the family of Arlene Amelia Zappone (Raina).
Show you care by sending flowers

Posted Nov 12, 2019 at 06:50am
With loving memories of Arlene and Family. Many Great childhood memories with the family get togethers on Reservoir Road.

Posted Nov 11, 2019 at 12:34pm
We are so sorry to read of the unexpected death of Arlene Zappone. We well remember the years of your having Thanksgiving dinner and family gathering at The Williams Inn. Think you may have started with about 30 people and the numbers diminished as the years passed by. But it was always a good time with opportunity to watch the parade on TV along with football games. Frequently Arlene came for lunch with the Class of '51 and occasions too with the Rosary Society. She was well loved and a pillar of your family. We send our condolences along with good memories of good family times spent at The Inn. 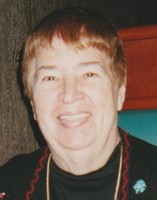