To share your memory on the wall of Margaret Sutton, sign in using one of the following options:

Margaret was born on March 23, 1924 in Manchester, England, the first of three daughters to Hilda Amy Sutton (nee Easter) and William Gratwick Sutton. She was predeceased by her two younger sisters, June Pender and Barbara Brooks.

Margaret´s father, a civil servant, was frequently posted around the country, so her early years were spent in Portsmouth, Cornwall and the Welsh Borders, before moving to Sanderstead in Surrey during World War II. Educated at Truro High School for Girls and later in London, Margaret excelled in her studies and won a scholarship to St Anne´s College, Oxford University, from where she graduated in 1945 with a degree in foreign languages. Margaret was a talented pianist and enjoyed ballet and ballroom dancing.

In 1947 Margaret joined the British publishing house, Longman, Green and Co. Ltd., as an associate editor working on materials for primary and secondary schools. She quickly made her mark and in 1954 was promoted and set sail for Auckland, New Zealand, where she ran the first Longman office in that country. Two years later she became editor of the company´s office in Melbourne, Australia. This was fortuitous as soon her younger sister Barbara, together with husband and four children, also emigrated to Melbourne. “Auntie Margaret”, whom the children had not known well before, was to prove a popular aunt for the rest of her life. From Australia, she frequently travelled to New Guinea to promote the use of Longman´s textbooks in schools in the territory.

In 1961 Margaret left Longman´s and moved to Chicago to join the staff of Hugh Hefner´s “Show Business Illustrated” magazine. At a Heffner function she met a senior member of Encyclopaedia Britannica (EB), who offered her a job at its Chicago headquarters. Thus began her 25-year career with the publisher, for whom she also worked on projects in Vienna and in Tokyo. In 1968 Margaret became editor-in-chief of Britannica Junior Encyclopaedia and later Managing Editor, followed by Executive Editor of the whole company, a position she held for 12 years. Her final project for EB, located in London, was to undertake a complete review and republishing of the Children´s Britannica.

In 1978 Margaret retired and moved to Vancouver where her sister June and family had lived for many years. Three years later a friend invited her to visit Williamstown, Mass. She fell in love with the area and soon moved to Greylock Village. Williamstown suited her well and she made many lasting friendships. Ever active, Margaret served on the Board of Trustees for Greylock Village and was a volunteer for many years with the Williamstown studio of Recording for the Blind and Dyslexic: her voice, clear, English, with a hint of American was popular. Throughout her adult life Margaret loved walking, entertaining, and going to the theatre and concerts.

Margaret was a woman of extraordinary achievement. Over the years she was an inspiration to many for her fortitude, determination, curiosity and zest for life. To hear her stories of the interesting folks she met along the way was always a treat. She especially valued education, knowing from her own experience how this opened doors to a wonderful life. Having no children of her own, those of her sisters were her family. Always interested in and encouraging of the next generation, and eventually, great nieces and nephews, Margaret inspired achievement.

Margaret is survived by her nephews David Pender and Michael and Peter Brooks, and her nieces Gillian Pender Hammond, Jennifer Bakewell and Anne Jones, plus eight great nieces and nephews, many of whom had visited her frequently.

Memorial donations in honor of Margaret may be made to Milne Public Library through Flynn & Dagnoli Funeral Home at 74 Marshall Street, North Adams, MA 01247. According to Margaret´s wishes her body will be cremated and the ashes placed next to her parents in Christ Church, Totland Bay, Isle of Wight, England. A celebration of Margaret´s full life will be held at Sweetwood of Williamstown, 1611 Cold Spring Road, Williamstown, MA 01267 on Tuesday, December 17 at 3 pm. Her extended family will be present to welcome everyone in remembrance of Margaret and her exceptional life.
To add to the Book of Memories, please visit www.flynndagnolifuneralhomes.com.
Read Less

To send flowers to the family or plant a tree in memory of Margaret Sutton, please visit our Heartfelt Sympathies Store.
Print

We encourage you to share your most beloved memories of Margaret here, so that the family and other loved ones can always see it. You can upload cherished photographs, or share your favorite stories, and can even comment on those shared by others.

Gillian Pender sent flowers to the family of Margaret Sutton.
Show you care by sending flowers

Posted Dec 15, 2019 at 03:06pm
We are sorry we can't be there, but our thoughts are with you. With much love, and many happy memories of Margaret, from Barry, Gillian, Dave and Kate 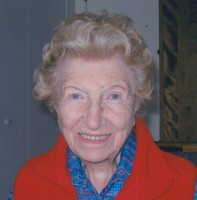