To share your memory on the wall of William Grant, sign in using one of the following options:

To send flowers to the family or plant a tree in memory of William Chase Grant Jr., please visit our Heartfelt Sympathies Store.

Posted Dec 11, 2019 at 01:20pm
Mzee is fondly remembered by me entering my mothers home (Velma Crook) with a hearty hellooo and a big warm smile. He was delightful company. I spent many hours listening to his stories about Africa. I attended a few of his wonderful dinner parties. He was a great host. He led an
interesting and full life. Never a dull moment. He will be greatly missed. Thank you Cynthia.♥️
Comment Share
Share via:
V

Posted Dec 07, 2019 at 12:15pm
Cynthia ,Ian & family
It was such a pleasure being M-zee's caregiver & friend. I enjoyed all his stories about his African trips. He was a sweet man & treated me like part of his family. I will always remember him. 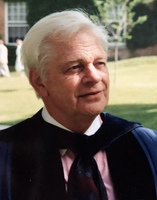