To share your memory on the wall of John Kushenbach, sign in using one of the following options:

FUNERAL NOTICE: A celebration of John’s life will take place on December 14 at 11:00 am at Sweetwood, 1611 Cold Spring Road, Williamstown. Burial will take place in Illinois next spring. Friends may make donations in his name to Soldier On of Pittsfield, an organization that provides veterans with shelter and support. To add to the Book of Memories, please visit www.flynndagnolifuneralhomes.com.
Read Less

To send flowers to the family or plant a tree in memory of John Philip Kushenbach, please visit our Heartfelt Sympathies Store. 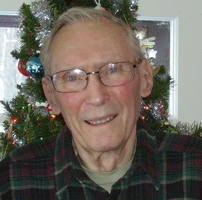