To share your memory on the wall of Bernard Shine, sign in using one of the following options:

Provide comfort for the family of Bernard Shine with a meaningful gesture of sympathy.

Barney discovered his true career path when he was hired by his greatest business mentor Harry Kalker, as a sales rep for the Sprague Products Company, in their Newton office. His success led to a promotion requiring his family to move to “the northwest-most corner of the state” in 1969. Barney retired as the company president in 1984, and in the time it took to drive from North Adams to Williamstown, he had bought a business, ending what may have been the shortest retirement in history. Shine Wire fulfilled his desire to serve the city of North Adams and the residents of Berkshire County for many years, finally agreeing to retire again, allowing his son Greg Shine to take the reins.

From Biddeford Pool, Maine to Hutchinson Island, Florida, Barney never met a beach he didn’t love. Nothing stopped him from sitting in the sun with an abundance of Johnson’s Baby Oil (our apologies to Johnson & Johnson for the anticipated stock plummet). His favorite spot was the Cape Cod Canal, where he found a sense of inner peace while watching every sailboat, tugboat and barge pass him by. We imagine there’s a canal in heaven, and along its shores is a lighthouse. As he regales his Patricia, his “beautiful blue-eyed-blonde” and his “Wild Irish Rose,” our unforgettable Meredith, with the stories that colored his later years, a beam of light will shine over the canal, flashing once, then four times, then three times.

Barney was predeceased by his wife Patricia Anne (White), their daughter Meredith Mary Shine, his brother and sister-in-law William and Joanne Shine and their daughter Eleanor Faye Shine, sisters- and brothers-in-law Geraldine and James Flanagan and their daughter Susan Nickerson, Lorraine White, Natalie and Stephen Graham, and Stephanie and Edward Durkin.

He is survived by his daughter, Kathleen and her husband Neal O’Brien of Sandwich; and his son Gregory and his wife Mary Shine of Williamstown. He was the doting and cherished Papa to Lindsey O’Brien Flynn, her husband Brendan and their daughters Kellan and Aoife; Lannan O’Brien and her fiancé Brian Lewis; and Maggie, Patrick, Maeve and Molly Shine. Barney will be greatly missed by many much-loved nieces and nephews, dear friends, and the incomparable staff at The Decatur House who tended to him with love, kindness and compassion.

We invite you to join us to celebrate the life of this one-of-a-kind man on Saturday, December 28, at 10:00 at Sts. Patrick and Raphael Church in Williamstown, MA. In lieu of flowers, memorial donations may be made to the Bernard J. Shine Class of ’48 Scholarship Fund at Boston College High School, 150 Morrissey Blvd., Boston, MA 02125 or online at bchigh.edu. To add to the Book of Memories, please visit flynndagnolifuneralhomes.com.
Read Less

Posted Dec 28, 2019 at 07:10pm
My deepest sympathy to the Shine family. Greg and Mary . . . Barney was an incredible person. I feel that Barney helped me to grow in a direction away from teaching, to one where I was brought into the world of business. Barney knew that business well, and passed his knowledge and skill on to Greg, who will carry the family name of Shine Wire on. I had the pleasure of speaking with Barney a few years ago while I was covering a Mt. Greylock game. At that time, I had an opportunity to thank Barney for bringing me into the Shine Wire family.
Comment Share
Share via: 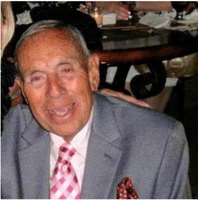 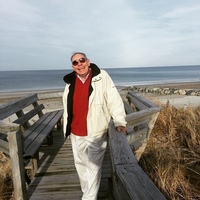 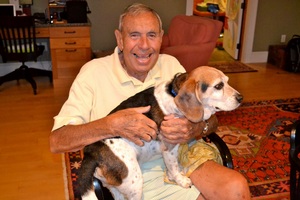 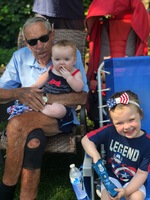