To share your memory on the wall of Scott Moran, sign in using one of the following options:

Provide comfort for the family of Scott Moran with a meaningful gesture of sympathy.

Scott was born in North Adams on May 21, 1971. He was a graduate of the Drury High School Class of 199... Read More
Scott Michael Moran, 48, of North Adams, MA died Monday, January 13, 2020 at Berkshire Medical Center surrounded by his loving family.

Scott was born in North Adams on May 21, 1971. He was a graduate of the Drury High School Class of 1991. For many years, Scott owned and operated The Flooring Specialist, a flooring installation business that served Berkshire County. Most recently, Scott worked alongside his fiancée in their home daycare, Jessica Perras’ Family Child Care. Scott thrived in this atmosphere, where his innate ability to console and entertain children was in high demand. He was also active in local youth athletics, coaching girls’ soccer, basketball, and t-ball, where his skills were further put to the test.

Scott brimmed with pride for his large family, which he affectionately referred to as The Moran Clan. He lived for his children. Neither distance nor time could weaken the love shared among them.

A vivacious conversationalist, it was common to catch Scott around town chatting with friends and strangers alike. Often dressed in the colors of his favorite sports teams—the Patriots and Celtics, especially—talk frequently turned to the latest happenings in the athletic world. Despite his affinity for New England teams, Steph Curry was a prominent subject of his acclaim.
Scott leaves his mother Kathleen (Moran) Lynn of North Adams, as well as his fiancée Jessica Perras of North Adams. He also leaves behind his six children: Brodey Moran of Houston, TX, Jordan Moran, Faith Moran, Hope Moran, Sophia Moran, and Aurora Moran, all of North Adams. He was predeceased by his stepfather Richard Lynn.
A sudden and unexpected loss, Scott will be missed by his family, friends, and the Northern Berkshire community.

FUNERAL NOTICE: Calling hours will be held on Saturday, January 18, 2020 from noon until 2 p.m. A memorial service will follow immediately thereafter. Both will be at the FLYNN & DAGNOLI FUNERAL HOME WEST CHAPEL, 521 West Main St, North Adams, MA 01247. Donations in Scott’s memory may be made to the Drury High School Athletic Department through the funeral home. To add to the online Book of Memories please, visit www.flynndagnolifuneralhomes.com.
Read Less

We encourage you to share your most beloved memories of Scott here, so that the family and other loved ones can always see it. You can upload cherished photographs, or share your favorite stories, and can even comment on those shared by others.

Flowers were purchased for the family of Scott Moran. Send Flowers 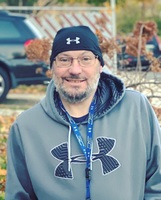