To share your memory on the wall of Dr. Alan Cutler, sign in using one of the following options:

Provide comfort for the family by sending flowers or planting a tree in memory of Dr. Alan Cutler

Provide comfort for the family of Dr. Alan Cutler with a meaningful gesture of sympathy.

FUNERAL NOTICE: Services for Alan Cutler will be held on Sunday, March 8th at 1:00 PM at Temple Anshe Amunim, 26 Broad Street, Pittsfield, with Rabbi Liz P.G. Hirsch, Spiritual Leader. Burial will follow in Pittsfield Cemetery, Anshe Amunim section on Onota Street. A meal of consolation will be held at the family’s home at 51 Brookside Drive immediately following the service, with a shiva minyan to be held at 5:00 PM. The family will also receive visitors at home on Monday March 9th and Tuesday March 10th from 7:00 to 9:00 PM. In lieu of flowers, memorial donations may be made to Temple Anshe Amunim or to Friends of Renal Dialysis in care of the funeral home. FLYNN & DAGNOLI-BENCIVENGA FUNERAL HOME, 5 Elm Street, Pittsfield, has been entrusted with arrangements.
Read Less

To send flowers to the family or plant a tree in memory of Dr. Alan Cutler, please visit our Heartfelt Sympathies Store.

We encourage you to share your most beloved memories of Dr. Alan here, so that the family and other loved ones can always see it. You can upload cherished photographs, or share your favorite stories, and can even comment on those shared by others.

Posted Mar 14, 2020 at 12:53pm
My sincere condolences to the family. I have not seen Alan since 1970, when we both graduated from PHS.
But his memory rings clear - a great young man, always polite and pleasant.
A really nice person with whom to have shared my life.
Not a bad legacy to leave.
Miriam Kitmacher
Tucson, AZ
Comment Share
Share via:
JM

Posted Mar 07, 2020 at 07:24am
I remember Dr Alan through the great love and pride that his father, Maury Cutler and mother Zelda expressed to us whenever we saw them. May the goodness of his memory be a blessing to his entire family , friends and to all who were touched by his time with us.
Terry (Metropole) Nevas
Comment Share
Share via:
BH

Posted Mar 05, 2020 at 02:34pm
My condolences to Alan’s family; I was looking forward to seeing him & many others at our PHS, THS, SJHS 50th reunion in October!!
Brenda Kiontke Hurlbut
Comment Share
Share via:
J

Posted Mar 05, 2020 at 10:25am
My condolences to the family. As the days and weeks pass and as you return to life’s routine, may you continue to feel comforted by the God of all comfort (2cor1:3)along with the continued love and support of family and friends.
Comment Share
Share via:
JM

I went to dental school with Al and we have been lifelong friends ever since. I could always count on him to see the humor in even the most stressful situations. He was one-of-a-kind and I will miss him very much. My condolences to his wonderful family. He was very proud of every one of you. 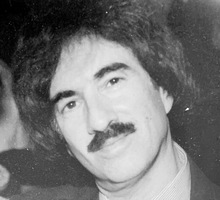 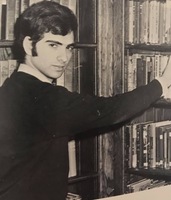