To share your memory on the wall of Nelda Racette, sign in using one of the following options:

FUNERAL NOTICE: Services for Nelda Racette will be at a later date at a time to be announced due to the corona virus. Burial will be in Southview Cemetery. Memorial donations may be made to the Williamstown Commons Evergreen Unit in care of FLYNN & DAGNOLI-MONTAGNA HOME FOR FUNERALS CENTRAL CHAPEL, 74 Marshall St. North Adams, MA 01247. To add to the Book of Memories, please visit www.flynndagnolifuneralhomes.com.
Read Less

We encourage you to share your most beloved memories of Nelda here, so that the family and other loved ones can always see it. You can upload cherished photographs, or share your favorite stories, and can even comment on those shared by others.

I was so sorry to read about Nelda. She was on my mother's unit at Wmst Commons and one of the first people I met when Mom moved there. As I tried to remember names, her rather unusual one was the easiest. Even when she was a little grouchy (LOL), I could always get her to smile for me. If we ever get to go back there, I will miss seeing her. My sincerest condolences to you all.

Posted Mar 19, 2020 at 01:06pm
Rick, Kurt and families, so sorry to hear of your mother's passing. Peace to you all. Dave & Connie Yorke
Comment Share
Share via:
CP

Posted Mar 19, 2020 at 09:18am
Debbie, Donna, Lou Ann, & family, My condolences on losing your mom. I had the privilege of working with her at NARH. She was such a warm caring person. Sincerely,
Charlene Guyette Prince

Posted Mar 18, 2020 at 01:02pm
So sorry for your loss. Thinking of all of you during this time. Remembering many good memories with her, especially learning how to make her amazing sauce and meatballs. Haley loved getting cookies from the jar at her house when we visited.
Comment Share
Share via: 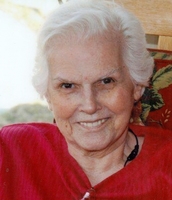