To share your memory on the wall of Wanda Blasi, sign in using one of the following options:

FUNERAL NOTICE: Services for Wanda Blasi will be at a later date. Burial will be in Southview cemetery. There are no calling hours. Memorial donations may be made to Williamstown Commons or HospiceCare in the Berkshires in care of FLYNN & DAGNOLI-MONTAGNA HOME FOR FUNERALS CENTRAL CHAPEL, 74 Marshall St. North Adams, MA 01247. To add to the Book of Memories, please visit www.flynndagnolifuneralhomes.com.
Read Less

To send flowers to the family or plant a tree in memory of Wanda Blasi, please visit our Heartfelt Sympathies Store.
Print

We encourage you to share your most beloved memories of Wanda here, so that the family and other loved ones can always see it. You can upload cherished photographs, or share your favorite stories, and can even comment on those shared by others.

Posted Mar 31, 2020 at 04:38pm
To All the Blasi girls, prayers and good thoughts coming your way! I can remember many times walking home from high school with Jo, and stopping at your home and your mom would tell me that I was too skinny and that I had to eat! She would have all this wonderful homemade Lebanese food that I had never tried before. Those were my first experiences with Lebanese food and what a wonderful cook she was! Peace be with you all!!
Comment Share
Share via: 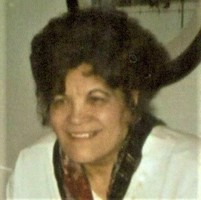