To share your memory on the wall of Louis Ziter, sign in using one of the following options:

Louis worked at the former Sprague Electric Company for 30 years in Engineering, Manufacturing Management, and Corporate Finance, at plants in North Adams, Nashua, NH, Grafton, WI, and Galashiels, Scotland, during which time he and his wife were able to enjoy travel throughout Europe. After Sprague he worked for Augat Corp., Cabot Corp. and Technical Ceramics, where he retired as Vice President of Operations in 1994.
He was also active with many civic and community organizations as Past President of North Adams Lebanese Club, as a member of the Mayor’s Blue-Ribbon Commission, the Sprague Management and Quarter Century Club, and as a Chairman and member of the North Adams Recreation Commission.

He enjoyed all sports including Thoroughbred Horseracing and going to OTB with friends. One year for Father’s Day, his family gifted him the opportunity to name a racehorse owned by Jenny Craig, which he named Zippy Ziter. He enjoyed following Zippy’s successful racing career for several years until her retirement.

Louis was a devoted family man. Louis is predeceased by his wife, Joan Marie Bissaillon, whom he married on April 14, 1956 and who died on November 1, 2006 and by his daughter Linda Ann Ziter who died on June 8, 2017. Also predeceasing him were brothers and sisters Alphonse Ziter, Deeb Ziter, Salema “Rachel” Miller, Lillian Carusotto, Nabeho Skorupski, Rae Conti, Schevia “Shaffy” LeFave, Rosa Sanginetti and Emily Taglieri.
Louis leaves behind two children: Alan R. Ziter of San Diego and Nancy M. Ziter, and her partner Steve Phaneuf, of North Adams. He also leaves his sisters-in-law Beatrice Bissaillon of North Adams, Ruth Blue of Warwick, RI, and Rose Ziter of Pittsfield, as well as many nieces, nephews, grand-nieces and grand-nephews.
The family wishes to thank the staff of At Home TLC of North Adams for their extraordinary care over the past few years, and, most recently, the Vermont Veterans’ Home staff.
FUNERAL NOTICE: A private burial will take place on Thursday, April 9, 2020 at Southview Cemetery. A celebration of Louis’ life will be held at a future date when family and friends can gather. Memorial donations may be made to the Multiple Myeloma Foundation, the American Cancer Society, or a charity of the donor’s choice in care of Flynn & Dagnoli-Montagna Home for Funerals Central Chapel, 74 Marshall St., North Adams, MA 01247. To add to the Book of Memories, visit www.flynndagnolifuneralhomes.com
Read Less

To send flowers to the family or plant a tree in memory of Louis Raymond Ziter, please visit our Heartfelt Sympathies Store.
Print 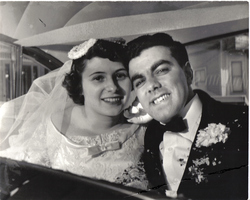 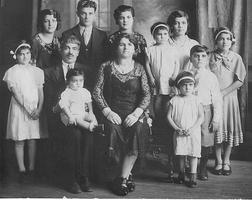