To share your memory on the wall of Lorraine Leonard, sign in using one of the following options:

To send flowers to the family or plant a tree in memory of Lorraine A Leonard (Lussier), please visit our Heartfelt Sympathies Store.

We encourage you to share your most beloved memories of Lorraine here, so that the family and other loved ones can always see it. You can upload cherished photographs, or share your favorite stories, and can even comment on those shared by others.

The MAs @ BOA sent flowers to the family of Lorraine A Leonard (Lussier).
Show you care by sending flowers

The MAs @ BOA purchased flowers for the family of Lorraine Leonard. Send Flowers

Posted Jun 08, 2020 at 12:09pm
our deepest condolences to the Leonard family, to linda reardon, dave brazeau, and all the family, we loved lorraine very much, she was a lot of fun and looked forward to our bingos and going to the North County Senior club meetings and get togethers. we will and along with the whole Fran Brazeau Bowling League will miss her presence in the fall. She always enjoyed herself and made a lot of friends through all her activities. we sure will miss her. RIP Lorraine. Jackie and bill cote, The Fran Brazeau Bowling League, The North County Senior Club. we sure will miss her.
Comment Share
Share via:
DL

Posted Jun 08, 2020 at 11:50am
Linda, Karen, Dawn and David, and extended family, I am so sorry for your loss. She sure was a spit-fire. Always on the go with one of her family members. I am thankful that I knew her. May all your fun times and memories pull you through this trying time.
Comment Share
Share via:

Posted Jun 08, 2020 at 11:28am
Lorraine will always be remembered for the spirited cousin that she was! Sending our condolences Lynne and Ed Burdick.
Comment Share
Share via: 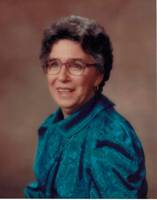