To share your memory on the wall of Alice McLain, sign in using one of the following options:

Alice married Forist A. McLain, Jr of Briggsviille, Mass.on April 30, 1949. They had 6 children. She was predeceased by her husband(2008) and 2 daughters, Donna Saunders ( 2003) and Joan Russell ( 2002).
She was the last surviving member of her Stewart siblings. Charlotte Butterfield of Jacksonville, Vermont, Kenneth Stewart of Bennington, Vermont , Mildred Snow of Dover, Vermont , Mary Jane Canedy of Wilmington , Vermont, Jean Schecterle, of Shelburne Falls, Mass, Anna Mae Jones of Colraine, Mass and Helen Ireland of Coralville, Iowa. She is survived by one daughter, Lois Bergmans of Bennington , Vermont and 3 sons, Steven and Monica McLain , Forist and Kathleen McLain and Douglas McLain, all of North Adams. 16 grandchildren , 17 great grandchildren and one great grandchild.
FUNERAL NOTICE : A service to celebrate the life of Alice McLain will be held at the Flynn and Dagnoli Funeral Home , WEST Chapel on Thursday July 2,2020 at 1pm. Burial will follow in the Clarksburg Cemetery. There will be no visiting hours and no reception following due to COVID-19. Memorial donations are suggested for the American Diabetes Association through the funeral home. To add to the Book of Memories, please visit www.flynndagnolifuneralhomes.com.
Read Less

To send flowers to the family or plant a tree in memory of Alice McLain, please visit our Heartfelt Sympathies Store.
Print

We encourage you to share your most beloved memories of Alice here, so that the family and other loved ones can always see it. You can upload cherished photographs, or share your favorite stories, and can even comment on those shared by others.

I will always remember dear Alice,from working with her at Franklin Street Nursing Home ,many years ago.She was one of the kindest, sweetest women ,nurses, I have ever known. Nothing "rattled" her. I later became an RN .I'm sure she had alot to do with my decision.
God bless and RIP Alice.
Comment Share
Share via: 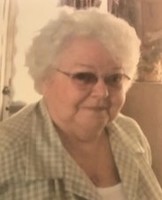