To share your memory on the wall of Carol-Lu Dupuis, sign in using one of the following options:

To send flowers to the family or plant a tree in memory of Carol-Lu Dupuis (Bowes), please visit our Heartfelt Sympathies Store.

Print
Services will be at a later date.

We encourage you to share your most beloved memories of Carol-Lu here, so that the family and other loved ones can always see it. You can upload cherished photographs, or share your favorite stories, and can even comment on those shared by others.

Posted Jul 06, 2020 at 10:47am
To Carol-Lu‘s Family,
I am sad for your loss, but happy Eddie and his beloved wife are together again, arm in arm, maybe a dance or two, and a chat about the lovely family they brought up together. May the fun memories of Bernie’s restaurant and other treasured moments help ease the pain. They were such a beautiful couple!
Sincerely, Theresa Kennedy
Comment Share
Share via: 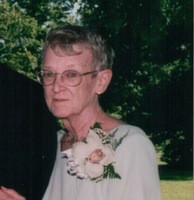