To share your memory on the wall of David Howe, sign in using one of the following options:

Print
David C. Howe, 86, of Stamford, VT, died Wednesday morning at the Vermont Veterans Home in Bennington, VT, where he had been a resident for several months. He was born in Greene, Maine, the son of Louis and Mary (Clark) Howe.

Mr. Howe p... Read More
David C. Howe, 86, of Stamford, VT, died Wednesday morning at the Vermont Veterans Home in Bennington, VT, where he had been a resident for several months. He was born in Greene, Maine, the son of Louis and Mary (Clark) Howe.

Mr. Howe proudly served in the Navy from 1953 to 1957. He received a Bachelor’s Degree from the University of Maine in Orono and a Masters from Rensselaer Polytechnic Institute. He worked in engineering management at Sprague Electric, Jard, and Aerovox.

He was involved in many service activities, including serving as a Stamford Volunteer Firefighter, a town assessor and lister, a Stamford Community Church trustee, and a North Adams Hospital Auxiliary volunteer. He enjoyed an active retirement including biking, traveling, and working on home improvement projects.

He is survived by his wife, Dorothy (Thompson) Howe, his children Jean, John, and Jim (Cathy) Howe, and five grandchildren.

FUNERAL NOTICE: A graveside service for David Howe will be held on Wednesday, October 14 at 10:30AM at the Millard Cemetery in Stamford, VT. In lieu of flowers, donations may be made to the Stamford Volunteer Fire Department care of the Flynn & Dagnoli Funeral Home, 74 Marshall St., North Adams, MA, 01247.
Read Less

To send flowers to the family or plant a tree in memory of David C Howe, please visit our Heartfelt Sympathies Store.

Posted Sep 17, 2020 at 12:34pm
Mrs. Howe and family. I am so sorry for your loss. My Mother, Roberta Whitney-Smith spoke so highly of you both. She passed away Sept. 12, 2020. May they both rest in peace. Mrs. Howe you were such a lovely kind friend to my Mother. She loved you and your husband.
Comment Share
Share via: 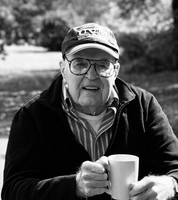