To share your memory on the wall of Eleanor Cookis, sign in using one of the following options:

FUNERAL NOTICE: A graveside service for Eleanor Cookis will be held Saturday September 26, 2020 at 11:00 AM in Southview Cemetery. The service will be live-streamed on Facebook at Flynn & Dagnoli Funeral Homes. A calling hour will be held Saturday morning from 9:30 to 10:30 AM at FLYNN & DAGNOLI-MONTAGNA HOME FOR FUNERALS CENTRAL CHAPEL, 74 Marshall St. North Adams, MA. In lieu of flowers, memorial donations may be made to the Alzheimer’s Association http://act.alz.org/goto/eleanorcookis or Boy’s Town in care of the funeral home. To add to the Book of Memories, please visit www.flynndagnolifuneralhomes.com.
Read Less

To send flowers to the family or plant a tree in memory of Eleanor Margaret Cookis (Brown), please visit our Heartfelt Sympathies Store.

We encourage you to share your most beloved memories of Eleanor here, so that the family and other loved ones can always see it. You can upload cherished photographs, or share your favorite stories, and can even comment on those shared by others.

Love, Aunt Riva, Uncle Joel, Marty, Rachel & Mike&, The Casiano Family, and other have sent flowers to the family of Eleanor Margaret Cookis (Brown).
Show you care by sending flowers

Posted Sep 25, 2020 at 11:25am
We are so saddened over the loss of your mom/grandma. Eleanor loved you so much! Our thoughts & prayers are with you! Wish we could be there!

Posted Sep 24, 2020 at 05:57pm
Eleanor was a loving mother, grandmother and wife! She always put her family 1st!
She will be dearly missed by all! Our deepest condolences go out to Holly, Jeff, Erika & Thomas!
We love you all very much! Love always, Aunt Riva & Uncle Joel

Posted Sep 23, 2020 at 10:10am
I’m so very sorry to hear of Ellie’s passing. She was a very sweet woman and I enjoyed our visits. My deepest condolences to you all. May she Rest In Peace.
Comment Share
Share via:
JR

Posted Sep 22, 2020 at 08:27pm
Dear Holly, Erika, Thomas and Family,
We are so saddened to hear of Ell's passing. She was a wonderful woman and an amazing grandma. Please know that our thoughts and prayers are with you at this difficult time.
Comment Share
Share via:
HS

Flowers were purchased for the family of Eleanor Cookis. Send Flowers 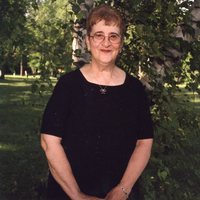 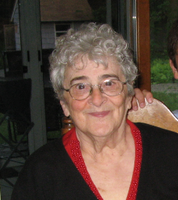 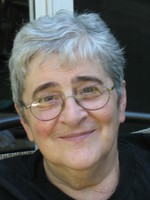