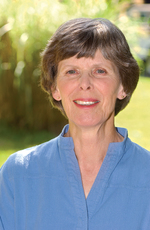 Ruth Jean Raymond Fresia, October 12, 1936 to October 10, 2020
Ruth Fresia, beloved wife of E. James Fresia of Williamstown, Massachusetts, died on Oct. 10 after a long illness. She was born in Stamford, Connecticut, the daughter of Charles and Ruth Raymond. Mrs. Fresia graduated from Darien High School, attended the College of William and Mary, Williamsburg, Virginia, and graduated from the University of Connecticut at Storrs. Married to Jim Fresia in 1958, she moved with him to Williamstown, where she started her teaching career as a substitute teacher at Drury High School. For several years, she devoted her time to raising her three daughters, while working part-time as a custom dressmaker and as a picture framer, for Gazzaniga’s Wallpaper and Paint store in North Adams. She also volunteered as treasurer of the Northern Berkshire Council of the Arts.
In the 1970s, Mrs. Fresia earned a Master’s in Education from North Adams State College (now MCLA), and joined the faculty as a mathematics professor, where she was tenured and taught for 25 years. She also earned a certificate in advanced mathematics from the University of Massachusetts at Amherst. She was most proud of helping students learn to enjoy the challenges of math.
After her retirement, Mrs. Fresia was deeply engaged in a wide range of hobbies, including golfing, gardening, painting, and cake decorating. For many years she played alto recorder in a quartet based in Williamstown and was part of the hand-bell choir based at St. Patrick’s in Williamstown and St. John’s in North Adams. In addition to becoming an accomplished hand-weaver, she was a published designer of knitwear, and mastered and taught the Japanese art of temari. She excelled in these disciplines, which combined her mastery of fiber arts and mathematics.
Mrs. Fresia is survived by her husband, Jim; her daughters Catherine Ann Fresia of Huntington Woods, Michigan; Carol Jean Fresia (Jeffrey Kogan) of Woodbury, Connecticut; and Anne Elizabeth Fresia, of Essex, Maryland; grandsons Nicholas Andrew Jordan, Zachary James Jordan, and Schuyler Fresia Kogan, and granddaughter Penelope Jean Kogan; and several nieces and grandnieces and -nephews. The Fresia family wishes to thank the staff of Home Instead Senior Care and HospiceCare in the Berkshires, both of Pittsfield, for their compassionate care.
A private service will be held at Flynn & Dagnoli Montagna Home for Funerals, WEST CHAPELS, 521 West Main St. North Adams followed by burial at St. Joseph’s Cemetery in Pittsfield. Donations in Ruth’s memory may be made to the Alzheimer’s Association through the Funeral Home. To add to the Book of Memories, please visit www.flynndagnolifuneralhomes.com.