To share your memory on the wall of George Ferris, sign in using one of the following options:

To send flowers to the family or plant a tree in memory of George Louis Ferris, please visit our Heartfelt Sympathies Store.

We encourage you to share your most beloved memories of George here, so that the family and other loved ones can always see it. You can upload cherished photographs, or share your favorite stories, and can even comment on those shared by others.

Colleen Putnam, The Surgimed Crew, and other have sent flowers to the family of George Louis Ferris.
Show you care by sending flowers

Posted Nov 07, 2020 at 12:07pm
I used to get my hair trimmed at Man's World all of the time. I thought he was a sweet man. Anyone who met him knew why he was very well liked by all who met him.
Comment Share
Share via:
CP

Posted Nov 06, 2020 at 07:31am
Please accept my condolences, thinking of all of your during this difficult time. I will miss his phone calls....Rest In Peace....

Colleen Putnam purchased the The FTD Farewell Too Soon Bouquet for the family of George Ferris. Send Flowers

Posted Nov 05, 2020 at 03:01pm
Dear Craig and Family, We all mourn with you during this most difficult time. We'll miss your Dad's face in the store and his beautiful smile!

The Surgimed Crew purchased flowers and planted a memorial tree for the family of George Ferris. Send Flowers 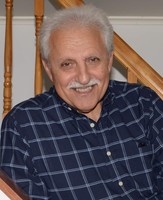 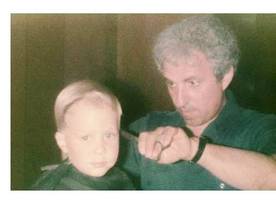