To share your memory on the wall of Irwin Moiseff, sign in using one of the following options:

To send flowers to the family or plant a tree in memory of Irwin Moiseff, please visit our Heartfelt Sympathies Store.

We encourage you to share your most beloved memories of Irwin here, so that the family and other loved ones can always see it. You can upload cherished photographs, or share your favorite stories, and can even comment on those shared by others.

Posted Nov 23, 2020 at 04:15pm
My heartfelt condolences go out to all of the Moiseff family. I had great respect for this man and his competence on the job. I worked with Irwin on at least two programs, on one of which he was the software "guru" - leading the first use of structured programming and the ADA high level language on a real product sold to the US Navy. It was entirely successful, and much of that can be attributed to Irwin. Besides work, Irwin & I went to the same high school in NY City, and were classmates graduating in 1959. I did not know this until much later when we met up at GE/ MM/LM/GD. In 2009 we both agreed to attend our 50th high school reunion celebration at BTHS, and took our wives with us. Fond memories were reignited for both of us by the old haunts that are in that school and its surroundings..
Comment Share
Share via:

Posted Nov 22, 2020 at 12:59pm
So sad to hear of the passing of my old friend and colleague. I had the good fortune to have worked alongside Irwin for many, many years. We did some outstanding work together. He was one of the most competent software engineers I have never known. I have fond memories of him bombing down the ski slopes as I more cautiously navigated my way to the bottom. You will be sorely missed Ada Man. My sincere condolences to his family.
Comment Share
Share via:
PN

Posted Nov 21, 2020 at 09:31pm
I only knew Irwin for a couple of years at CBC, but I'm going to miss him. He v was full of the love of life and was so appreciative of everything he got to experience in life
Comment Share
Share via:
BP

Posted Nov 21, 2020 at 03:32pm
I was so sad to hear of Irwin’s passing. My husband ,Tom, was a colleague and friend and enjoyed going boating with Irwin. I am so glad I was able to go on one of those adventures with them. Tom passed 6 months ago, losing his battle with cancer also. My thoughts and prayers are with you and your family.
Bobbi Patton
Comment Share
Share via:
NB

Posted Nov 20, 2020 at 09:47am
Our sympathy goes to Lyn and to the whole family.We wish you all strength to get over your loss.
Irwin was a colleague and a good friend of mine.
May he rest in peace.
Nicholas Bobrovsky 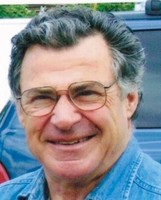