To share your memory on the wall of Jack Fuller, sign in using one of the following options:

FUNERAL NOTICE: A memorial service for Jack Fuller will be held on Thursday December 31, 2020 at 11:00 AM at the First Congregational Church of Adams. Burial will be private. The FLYNN & DAGNOLI-MONTAGNA HOME FOR FUNERALS CENTRAL CHAPEL at 74 Marshall St. North Adams, MA is in charge of arrangements. To add to the Book of Memories, please visit www.flynndagnolifuneralhomes.com
Read Less

To send flowers to the family or plant a tree in memory of Jack Scott Fuller, please visit our Heartfelt Sympathies Store.

We encourage you to share your most beloved memories of Jack here, so that the family and other loved ones can always see it. You can upload cherished photographs, or share your favorite stories, and can even comment on those shared by others.

Posted Dec 29, 2020 at 07:26pm
Jessica and Jeffery and families, I am so sorry for your loss. Being so unexpected is a hard thing to deal with. May all the memories you have with your Dad help you through the dark times and put a smile on your face. Remember him with love and it will help you pull through. Prayers to you all. Sincerely, Dayle Lic
Comment Share
Share via: 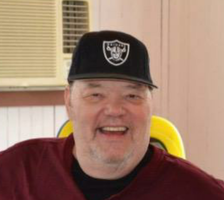