To share your memory on the wall of Robert O\'Neil, sign in using one of the following options:

FUNERAL NOTICE: Services for Bob O'Neil will be at a later date. Private burial will be in Southview Cemetery. Memorial donations may be made to the American Cancer Society in care of FLYNN & DAGNOLI-MONTAGNA HOME FOR FUNERALS CENTRAL CHAPEL, 74 Marshall St. North Adams, MA 01247. To add to the Book of Memories, please visit www.flynndagnolifuneralhomes.com.
Read Less

To send flowers to the family or plant a tree in memory of Robert Dale "Jumbo" O'Neil Sr., please visit our Heartfelt Sympathies Store.

Print
A service for Bob will be held at a later date. 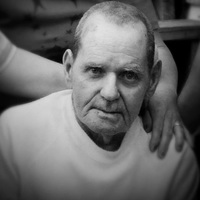