To share your memory on the wall of Milton York, sign in using one of the following options:

FUNERAL NOTICE: A memorial service for Milton "Tweed" York will be held at the Readsboro Baptist Church at a later date. Burial will be in the Village Cemetery in the spring. Memorial donations may be made to American Legion Post #29 in care of FLYNN & DAGNOLI-MONTAGNA HOME FOR FUNERALS CENTRAL CHAPEL, 74 Marshall St. North Adams, MA 01247. To add to the Book of Memories, please visit www.flynndagnolifuneralhomes.com
Read Less

To send flowers to the family or plant a tree in memory of Milton Robert "Tweed" York, please visit our Heartfelt Sympathies Store.

We encourage you to share your most beloved memories of Milton here, so that the family and other loved ones can always see it. You can upload cherished photographs, or share your favorite stories, and can even comment on those shared by others.

Posted Feb 23, 2021 at 05:38pm
Sending my condolences to Tweed’s family and friends.
Always liked chatting with him at the Inn. He was a lovely man and will be missed.
Comment Share
Share via:
SR

Posted Feb 19, 2021 at 05:44pm
Tweed and my brother John were the same age, and I can remember as a young girl and teenager that when ever we were in Readsboro together John would get together with tweed and they would pick and tease me unmercifully, but I loved every minute of their attention. Thoughts and prayers to your family.
Comment Share
Share via:
MG

Posted Feb 12, 2021 at 09:46am
Awwwwe My Tweedy what a good ole boy. I've known Tweed my whole life and I am 54. What a Great guy. Just adored Tweed. I have Many Memories, a few I'll share. Last year after the wonderful covid-19 had settled down some. I was in Readsboro visiting my mom, she had made a big roaster of Beefstew. Oh how Tweed loved it when my mom sent him yummy homemade food. So over I go with some biscuits and Beefstew. Talk about thrilled, I always would talk for a while, and on the norm, I was refraining from hugging but for some reason this day I said Tweedy how about a hug. He said I'd Love a hug. I gave Tweedy a big hug, he gave me a Bear hug. He had a tear in his eye and said now that was the best darn hug I've ever had. He is just the cutest sweetest man. 💗 He will be so missed, especially being my moms neighbor for the past idk maybe 5 yrs. Or more. Best neighbor ever. Quiet as could be. Just so sad Tweed went through alot from that awful accident as a passenger just going for a ride with a friend to Wilmington and almost lost his life from that accident. He fought so hard. Lots and lots of rehab. He had quite a few broken bones. Poor Tweed, we were all so Happy when Tweed came home, but he still needed lots of rehab. To get any wheres back to normal. Guess what, what a fighter. Tweed kicked butt and was doing very well for himself. I do have to mention his sister Sue Brown, she walked faithfully Every single day to check on Tweed and make sure he was OK and had everything he needed, did his dishes, cleaned for him. Anything he needed Sue made sure he had it, shes quite the lady and sister. I have one more memory, just before Christmas my mom had me bring Tweed some homemade Fudge and some yummy goulash, with a Christmas card, of course he was thrilled. I did notice right off Tweed did not look like himself. I said whats the matter Tweedy, he told me I just dont feel good, I can't eat much, but I will eat your mom's fudge. We chuckled. I said I'll pray for ya Tweed. I gave him a big hug and a kiss on his cheek. Im so very Happy I did that. Not knowing it would be my last time ever I'd be seeing and giving my Tweedy a big hug. So Sad. I Will Treasure the moments and funny memories we had together. RIP BUDDY TILL WE MEET AGAIN. What a good ole boy Love ya my Tweedy. 🤗❤

Posted Feb 11, 2021 at 06:38pm
I have so many great memories with Tweed, going to wrestling matches, watching wrestling at his house every weekend with Tweed and my dad because we didn't have cable on the hill, all the fun at camp. Tweed was like an uncle to me and I live him like family. He will be missed dearly.
Comment Share
Share via:
K 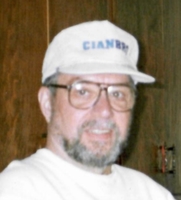