To share your memory on the wall of Lawrence Duby, sign in using one of the following options:

FUNERAL NOTICE: A private service for Lawrence Duby will be held at FLYNN & DAGNOLI-MONTAGNA HOME FOR FUNERALS CENTRAL CHAPEL, 74 Marshall St. North Adams, MA. Burial will be in Southview cemetery. Memorial donations may be made to the American Cancer Society in care of the funeral home. To add to the Book of Memories, please visit www.flynndagnolifuneralhomes.com
Read Less

To send flowers to the family or plant a tree in memory of Lawrence Arthur Duby, please visit our Heartfelt Sympathies Store.

We encourage you to share your most beloved memories of Lawrence here, so that the family and other loved ones can always see it. You can upload cherished photographs, or share your favorite stories, and can even comment on those shared by others.

Posted Feb 18, 2021 at 05:41am
Always my favorite uncle. And my Godfather. I love you. You and Dad can plant beautiful tomatoes now All the Duby’s together once again. 😢💔
Comment Share
Share via:
RO

Posted Feb 16, 2021 at 01:36pm
Rest in peace Larry you have been a great neighbor for many years. You will be missed.
Comment Share
Share via:
MS

Rest in peace Uncle Larry. I love you very much. Say hi to dad for me❤❤ 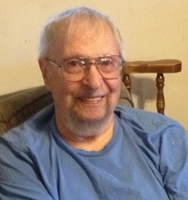