To share your memory on the wall of William Birch, sign in using one of the following options:

FUNERAL NOTICE: At the request of the family there will be no services at this time. There will be a Celebration of Bill’s Life in the spring. Flynn & Dagnoli Funeral Homes – CENTRAL CHAPEL 74 Marshall St., North Adams, MA 01247 is entrusted with arrangements. In lieu of flowers please send donations to the American Legion Post 66, PO Box 217, Readsboro, VT 05350, and the First Baptist Church, PO Box 333, Readsboro, VT 05350.
Read Less

To send flowers to the family or plant a tree in memory of William Edward Birch, please visit our Heartfelt Sympathies Store.

There are no events scheduled. You can still show your support by sending flowers directly to the family, or planting a memorial tree in memory of William Edward Birch.
Visit the Heartfelt Sympathies Store

Posted Feb 19, 2021 at 08:56am
Bill was such a kind an wonderful man and our entire King Hill neighborhood will miss him and his well wishes when any of us would walk or drive by. Also his and Deb’s incredible garden which they shared with all of us. God Bless Captain Bill
Comment Share
Share via:
HP

Posted Feb 16, 2021 at 12:29pm
We are so sorry for your loss.
The Birch family is surrounded by much love.
sharing in your sadness as you remember Billy.
Sending healing prayers and comforting hugs. ...
Bernie Jr and Mai 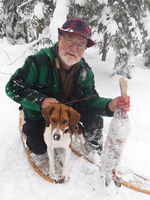