To share your memory on the wall of David Tanzman, sign in using one of the following options:

To send flowers to the family or plant a tree in memory of David Jeremy Tanzman, please visit our Heartfelt Sympathies Store.

David grew up in the outdoors: camping, fishing, mowing lawns, painting fences, and riding dirt bikes. His favorite was an IT-175. As a teen and young man, he was often seen cruising in the various rides that he owned during his youth- a T-Top Z/28, Trans Am, Cutlas 442, and El Camino, to name a few.

David liked to keep moving. He was never one to linger long on the streets of Williamstown and Bennington, although he cruised by often. One would see his cars parked outside dive bars such as General Starks and Roger’s Roost, where David worked as a doorman and bartender as a teen when the drinking age in Vermont was 18. Later, David became a salesman and then a tradesman doing lawn services.

David was sharp of mind and wit. He was mischievous. He was tough but sensitive. He cared more about loyalties and the substance of a person than looks or social status. He looked for a way to make friends with people, but he never took crap from anyone. He was a gracious and gregarious soul who loved family and friends.

I was fortunate to be such a friend. He was my loyal and loving best friend to the end. Since months after I was born in 1966. His brothers my brothers, his sister my sister, his parents my parents, his daughter my daughter. Always generous. Always forgiving. Always faithful. Thank you David, for being my brother.

Now David is gone. The memories pass like a sea, to where it is hard to capture any particular image of David without another flowing through it.

One day I may sort through these images to place them in context, but for now the past with David seems endless and involved with the future. He will always be a part of my life. The future with him is now in lessons and memories. We had some fun. One day I may bring myself to write about some of the times we had. There should have been a law … and indeed, there often was.

Perhaps when some time has passed and distance allows for reflection, I’ll be able to understand that this riptide has ended with him no longer with us. That David has been carried away. Until that time, I’ll spend my reflections of he and I as swimmers still in the ocean, laughing at the tides and loving this life.

Posted Mar 03, 2021 at 10:13pm
Sending my love to Beth, George and JJ — losing their brother David must bring an inconsolable pain. I remember this family of siblings as I think of my own sisters — my heart goes out to you. To the rest of the family as well, I send my deepest condolences.
Sarah Dewey Windsor
Comment Share
Share via:

Posted Mar 03, 2021 at 12:58am
George, Jj and family, Dave was a mentor and friend to me while growing up. I will always remember how much I looked up to all of the Tanzman boys living across the street from Westlawn cemetery and wanting to be just like them with their fast cars going up and down W. Main Street and the pretty women they attracted . As I got older and actually got to know Dave, I was fortunate to get to know a real genuine and loving friend. He always had his friends backs and I feel lucky to have had the chance to be one of his friends. It's a shame that he was called to heaven far to early. I know he and Irv will look down and keep a watchful eye on family and friends. My sympathies go out to Beth, George and JJ. I just want you all to know how sad 💔 I am for your loss. I love you all and hope that with Dave in heaven and his suffering now past, that we all can reflect on the happier times experienced with him

Posted Mar 01, 2021 at 08:12pm
I’m very upset to hear of David’s passing. I was the one who hired him at oak n’ Spruce back in 1999 after I saw him doing construction on one of the new buildings He walked over to me and asked what we did and we shared a cigarette together as I told him about Timeshare and I quickly felt that he would be very successful as a sales rep with us so I immediately offered him a job which he accepted He was in a training class with a few other people who also became successful He’s always very respectful and thankful for the opportunity I provided for him and I will always consider him to be a close friend. He is definitely in my thoughts today and will continue to be for a long time.
With much love,
Rick Rundback
Comment Share
Share via: 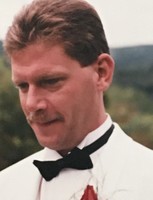