To share your memory on the wall of William Boland, sign in using one of the following options:

Will’s family moved back to North Adams in 1973 and he grew up in a tight knit circle of family and friends. Will honored his family’s heritage and history in North Adams and took great pride in the accomplishments of his father and grandfather in local business and politics. Will valued the friendships he developed as a young man while attending public school in North Adams. His group of friends were loyal confidantes throughout high school as well as when he left the area to pursue academic and professional endeavors.

Will was a hard worker and had jobs as a delivery boy for the Transcript and as a caddy at Taconic Golf Course from a young age. Will and his younger brother Kevin auditioned and got the parts in the play “Abe Lincoln in Illinois” as the late president’s sons for a summer at Williamstown Theater Festival in the mid 1970’s

Will valued etiquette and decorum. He was a proper person, in both his speech and his manners. His interests were varied, and he had depth. He took the time to learn about a variety of subjects that interested him, and it was important for him to do things correctly. He always felt if you were going to do something, then do it correctly. He was intelligent, courteous and very well read. He enjoyed debating and discussing topics ranging from politics and religion to popular culture. Will was a complex thinker and a deliberate speaker.

Will’s greatest source of pride was by far the joy he experienced as a loving father to his two daughters; Emma and Claudia. Both his daughters possess Will’s drive, intellect, warmth and humor. They have individually proven to be very successful in academic and business endeavors and now reside in New York City.

Besides his daughters Will leaves; his former wife, Susan (Frank) Boland of Bridgeport, CT, his mother, Elizabeth (Sullivan) Boland of North Adams, his brother Michael and his wife Jennifer of North Adams and numerous nieces and nephews. Will also leaves his long time significant other Kathleen “Alyssa” Hill. Alyssa and Will made their home in CT for the past 8 years with their dog Moca.
Will was predeceased by his brother Kevin in 2004, his father Bill in 2010 and his sister Molly in 2017.

Hours for Will Boland will take place Friday March 19, 2021 from 11:00 a.m. to 12:30 p.m. followed by a celebration of Will’s life at the Flynn & Dagnoli Funeral Home, WEST CHAPELS, 521 West Main St. North Adams, MA. Burial will take place at 1:00 p.m. at the Boland Plot at Southview Cemetery.
Memorial donations are suggested in his memory to the Flynn & Dagnoli Funeral Home. To add to the Book of Memories, please visit www.flynndagnolifuneralhomes.com.a
Read Less

To send flowers to the family or plant a tree in memory of William Martin "Will" Boland, please visit our Heartfelt Sympathies Store.

Posted Mar 16, 2021 at 09:17pm
As a classmate and housemate of Will's at Georgetown, I was saddened to hear of his passing. Will was a real gentleman and will be sorely missed. Condolences to his family.
Comment Share
Share via:
JG

Posted Mar 14, 2021 at 11:56am
Liz and Mickey: I am so sorry and shocked to hear of Will's passing. His friendship with my daughters was a source of great memories to our entire family( especially the times at Martha's Vineyard . Please accept my sincerest condolences Bob Armata
Comment Share
Share via: 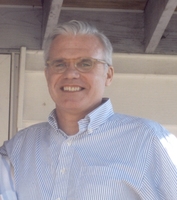