To share your memory on the wall of Robert Behr, sign in using one of the following options:

An advocate of education at all levels, he was born in New York City in 1933 and raised in Evanston, IL where he attended... Read More
WILLIAMSTOWN - Robert Vaughn Behr died of cardiac arrest on March 14, 2021 at Bay State Medical Center. He was 87.

An advocate of education at all levels, he was born in New York City in 1933 and raised in Evanston, IL where he attended the town's public schools. He graduated from Williams College in 1955 where he majored in English, captained the track team, chaired the Community Chest Fund and was Treasurer of the Student Activities Council.

Upon graduation he served three years in the U.S. Air Force as a pilot of a tanker in the Strategic Air Command. After leaving the military, he began a long teaching and coaching career, first at Middlesex School, Concord, MA, followed by 19 years at Tower Hill School, Wilmington, DE, where he chaired the English Department and coached track and cross country.

In 1970 he edited an anthology, titled The Search for Black Identity, which was adopted by schools as an introduction to African-American literature.

During the seventies and eighties he served as Delaware correspondent for Sports Illustrated, and for twelve years he was a part time sprinting coach for the Philadelphia Phillies, at spring training and at minor league towns during the summers

While studying at the Harvard Graduate School of Education, he met Carolyn Parks, and they were married in 1968 after both had received their Ed.M. degrees. In 1981 they moved to Williamstown when he was appointed Williams College Director of Annual Giving. Later he became Director of Alumni Relations, developing various forms of continuing education, most notably the Alumni Travel Programs. After 33 years in the Williams Alumni Office Bob retired in 2014.

Because of his extensive experience in one of the nation’s premier college alumni offices, he was asked to co-chair the first Conference of Alumni Directors in the UK at Edinburgh and later consulted with alumni offices in Mexico for the USIA.

He served on Williamstown’s Village Ambulance board for 19 years, presiding in 1994-96. He was a long-time volunteer with Greylock A Better Chance, serving on the board for 8 years. He received the Williamstown Bright Futures Innovation Award in 2018 for Head Smarts, a program he founded that encourages parents to read to their infants and toddlers. At his 60th Williams College reunion he was awarded the Joseph’s Coat, in recognition of his many services to his alma mater, both as a volunteer and as a member of the administration. He was a volunteer at the Friendship Center Food Pantry in North Adams and served on its Board of Directors.

He is survived by his wife Carolyn, son Bradford (Virginia) of Silver Spring, MD, and daughter Alison (Russell Brown) of Vista, CA, plus two grandsons, Simon and Everett Behr.

Services will be at the First Congregational Church at a later date when it is safe for friends to assemble. Donations in his honor may be made to a charity of your choice. To add to the Book of Memories, please visit www.flynndagnolifuneralhomes.com
Read Less

To send flowers to the family or plant a tree in memory of Robert Vaughn Behr, please visit our Heartfelt Sympathies Store.

Posted Mar 27, 2021 at 03:39pm
You are in my thoughts. A memory tree will be planted and, though, you may not see full grown, is the honorable continuation of a life well lived.

Posted Mar 24, 2021 at 03:39pm
With deepest sympathy. May Bob Rest In Peace. We send this with love and remembrance. From Carolyns cousins, Judy, Susan, Carol, and Rachel.

Posted Mar 23, 2021 at 08:48am
I was blessed to have Mr. Behr as my high school coach for cross country and track in 1974-1977. He kept me focused on healthy goals (e.g. getting good sleep) during some pretty rebellious years, but imposed valuable discipline with a good humor and genuine friendship.
(I now appreciate his service in the Strategic Air Command as well.)
I join you all in celebrating a wonderful life of service to others. Rest in peace, Mr. Behr!

Posted Mar 22, 2021 at 12:52pm
Dear Carolyn and family, My deepest condolences to you on Bob's passing. My thoughts and prayers are with you during this most difficult time. It was an honor for me to have known and worked with him all those many wonderful years at Williams College.
Comment Share
Share via: 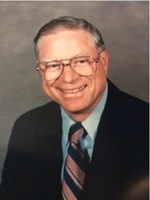 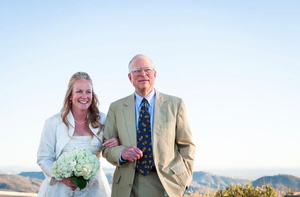 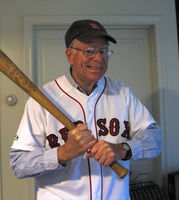