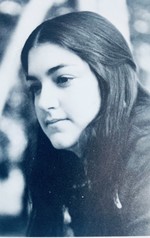 Kimberly Anne (Vince) Cyr, 63, of North Adams died on Wednesday, March 17, 2021 with her family by her side, after a brief battle with cancer. She was born in Bennington, VT on April 29, 1957 a daughter of the late Samuel Francis Vince Jr. and Marilyn (Nutting) Vince.
Kimberly attended the University of Maryland in College Park, Maryland and Curry College in Milton, MA and then received her Bachelor’s Degree from Massachusetts College of Liberal Arts. She worked at the Guardian Life Insurance Company of America in Pittsfield where she was an insurance adjuster for many years. Kimberly loved traveling, camping, beaches and lighthouses, especially the Nubble Light House in York Beach Maine. She was a devoted wife, mother and grandmother.
Kimberly leaves her husband, Daniel Claude Cyr whom she married on October 10, 1980. She also leaves her three children, Gregory Cyr of North Adams, Douglas Cyr of Lynchburg, VA and his wife, Natasha Quenneville and Allyssa Cyr-Tatro and her husband Del of North Adams. She also leaves her mother in law Diane Cyr, brother in law, Gary Cyr and his wife Karen, grandsons, Reese Nichols, Carter Nicolas Cyr, Jaxon Cyr; granddaughter Sierra Thorsen and Nieces Amaya and Zayle Vince. She was predeceased by her father in law Rene Cyr. The family would like to thank Hospice Care of the Berkshires and Dodi Denette for their loving care.

FUNERAL NOTICE: A private graveside service will be held for Kimberly Anne Cyr at Eastlawn Cemetery, Williamstown. Donations may be made to Popcares through the Flynn & Dagnoli Funeral Home-CENTRAL CHAPEL 74 Marshall St. North Adams, MA 01247.