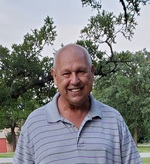 Michael Richard Mroz Sr., 65 of Williamstown went to be with the Lord on Wednesday, March 17, 2021 at his home. He was born in Adams, MA on June 15, 1955, a son of the late Francis & Delma (Fleming) Mroz.
Michael attended McCann Technical High school, where he played on the basketball team, and graduated with the class of 1975. He then went on to work various jobs at the local paper mills for many years until his illness. When he wasn’t working, he enjoyed watching basketball or movies or hanging out with friends and family. He will be remembered by those who knew him as selfless and someone who always wanted to make sure others were taken care of, especially his family.
Michael was the widower of Nancy (Saunders) Mroz. He is survived by his children, Michael Mroz Jr. (Kate) of Bennington, VT, Jennifer Wise (Kevin) of Panama City, FL, Eric Mroz (Samantha) of Readsboro, VT; grandchildren Nick and Lauren Mroz, Kolton Harrington, Eleanor, Joseph, and David Wise, Savannah (Shaun) Mattoon, and great-grandchildren Benjamin, Miles, and Emmett Mattoon; a brother Dennis of North Adams, and sisters Cynthia (Lee) Reeves of Saratoga Springs, NY and Sandra (Tom) Bake of Greenland, NH. He also leaves behind several nieces and nephews, former wife June Mroz, and friends John Manley and Christine Gregory. Besides his parents, he was preceded in death by his brother Francis and his infant granddaughter Anna Wise.
FUNERAL NOTICE: A private graveside service will take place at Southview Cemetery, North Adams, MA. Flynn & Dagnoli Funeral Homes-CENTRAL CHAPEL 74 Marshall St. North Adams, MA is entrusted with arrangements.