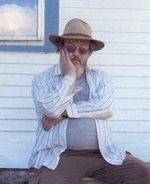 Paul Wesley Miller 71 of North Adams died Thursday April1, 2021. He was born in North Adams on May 12, 1949 a son of the late Raymond Edward Miller Sr. and Ruth Evelyn (Wilson) Miller. Paul attended schools in North Adams and attended University of Tucson Arizona where he studied computer science. Paul was employed for many years in the limousine and cab industry in Tucson, Arizona. Paul was a member of the Blackinton Union Church in North Adams; he loved to work on his computer and traveled through the United States.
Survivors include his two brothers Raymond E. Miller Jr. and his wife Sheila of North Adams and Mark H. Miller and his wife Ruth with whom he made his home of North Adams. He also leaves several nieces and nephews. Paul was predeceased by a brother James R. Miller, sister Nancy Miller Griffin and a nephew Scott Allen Miller.
Graveside services for Paul W. Miller will take place in the family plot in Southview Cemetery, North Adams, MA. at a later date. Memorial donations are suggested for Hospice Care of the Berkshires through the Flynn & Dagnoli Funeral Home, WEST CHAPELS, 521 West Main St. North Adams, MA. To add to the Book of Memories, please visit www.flynndagnolifuneralhomes.com.