To share your memory on the wall of Ricky Padgett, sign in using one of the following options:

In his younger years, Ricky was employed as a power lineman in North Carolina. After moving to MA, he worked in the construction industry with JH Maxymillian Construction, receiving training and certifications in many areas. His last position was as a construction superintendent in Ohio.

He was a lifetime avid sportsman, who enjoyed all types of hunting and fishing. He belonged to the “Buck Busters Hunting Club” in Watha, NC. He had a wealth of hunting and fishing knowledge and loved to swap stories with fellow sportsmen. He was also a fan of NASCAR racing and enjoyed watching baseball, basketball and football games.

He is survived by his son Matthew Padgett and his wife Sara of Pittsfield, his daughter Alicia Lamb and her husband Nicholas of Pittsfield, and his six grandchildren Colby Padgett, Kestrel Padgett, Elodie Padgett, Dominic Lamb, Henrik Padgett and Asher Padgett all of Pittsfield. His ex-wife Deborah Nicholas and her husband Ronald of Pittsfield. His brother Donald and his wife Alma Ruth of Watha, his sister Sylvia Pierce of Watha, his sister Sherry Bond and her husband Harvey of Watha, his brother-in-law Arnold Marshburn of Watha and his sister-in-law Gerry Padgett of Watha. As well as his ex sister and brother-in-laws Beverley Botelho of North Adams, MA, Alice Gage of Otis, MA, Janet White of Gainesville, FL, Ruth and Pliny (Hank) Sohl of Bunnell, FL, Edwin Drake of Deepwater, MO, many nieces and nephews, great nieces and nephews, great great nieces and nephews and numerous long time friends.

He was predeceased by his parents, his sister Barbara (Bobbie) Marshburn, his brother Larry Padgett and his brother-in-law Monk Pierce and his ex Brother-in-laws Augustine Botelho, Robert Gage, Clarence White and sister-in-law Mary Drake.

Private services for Ricky Padgett will be held for family, at a later date. The Flynn & Dagnoli-Bencivenga Funeral Home at 5 Elm Street, Pittsfield, MA is in charge of arrangements. To add to the Book of Memories, please visit www.flynndagnolifuneralhomes.com
Read Less

To send flowers to the family or plant a tree in memory of Ricky Joel Padgett, please visit our Heartfelt Sympathies Store.

Print
Private services will be held at a later date.

We encourage you to share your most beloved memories of Ricky here, so that the family and other loved ones can always see it. You can upload cherished photographs, or share your favorite stories, and can even comment on those shared by others.

Posted May 06, 2021 at 02:20pm
Please accept my sympathy for the loss of your family member! Ricky is remembered as we grew up in Watha! Always grinning! Thoughts and prayers for all of you!
Comment Share
Share via: 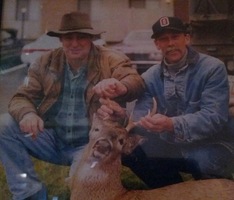 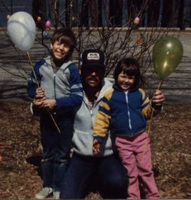 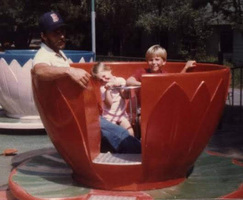