To share your memory on the wall of Cecelia Bolus, sign in using one of the following options:

To send flowers to the family or plant a tree in memory of Cecelia Ruth Bolus, please visit our Heartfelt Sympathies Store.

We encourage you to share your most beloved memories of Cecelia here, so that the family and other loved ones can always see it. You can upload cherished photographs, or share your favorite stories, and can even comment on those shared by others.

Al and Halina and Stephen Furo and Diane Shaker Furo and family sent flowers to the family of Cecelia Ruth Bolus.
Show you care by sending flowers

Posted May 21, 2021 at 09:12pm
Our warmest condolences, your Hermon Avenue neighbors, the Brooks Family

Al and Halina purchased flowers and planted a memorial tree for the family of Cecelia Bolus. Send Flowers

Posted May 14, 2021 at 07:26am
We are so sorry about the loss of this wonderful woman, my Aunt Ceil. She was always very special to me, as she was to the rest of the family. We know that she is with her Lord, and with Uncle Eddie, my mother Mae, and many others who have gone before her. Heaven has gained an angel. God bless you all in this time of loss. Stephen Furo and Diane Shaker Furo and family.
Comment Share
Share via:
BA

I was sad to read of your mom's passing. She was such a wonderful lady. I remember when I was first introduced to her she gave me the biggest hug. I am sorry I will not be able to attend her service. My thoughts and prayers are with all of you.
Comment Share
Share via:
SF

Posted May 14, 2021 at 06:34am
We pray the love of God enfolds you during this time. Aunt Ceil was an amazing woman and we know that the Lord is holding her in the palm of His hand

Stephen Furo and Diane Shaker Furo and family purchased flowers and planted a memorial tree for the family of Cecelia Bolus. Send Flowers 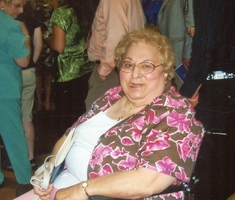 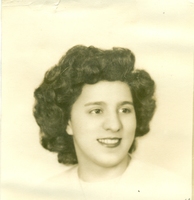