To share your memory on the wall of Robert Andreatta, sign in using one of the following options:

Bobby served the city he loved and was employed before retirement by the city of North Adams maintaining the custodial services in its police department. He was beloved by all within the department as hard working, dedicated, and generous, all with a warming sense of humor. Before that, he worked as a printer at Arnold Print Works in Adams and for some time in Cranston, RI. It is here that he earned the nickname “Coach,” from those that apprenticed under his artful techniques of roller printing and built life lasting friendships. But distance did not keep he and Nancy from taking the trip back each weekend to his beloved city, his family, and his true home.

In most recent time many a people came to know Bobby in his retired years working alongside his nephew at Andreatta Glass. So much so, many of the patrons came to believe he was the shop’s proprietor as he recounted the plays with them of Red Sox games from the evening before.

Affectionately known as Bobby, Uncle Bob, Unc, Uncle Pal, Unkie, Big Bob, Coach, and often “Joe” by his loving wife Nancy of 72 years will be deeply missed, his spirt will live on in all the family.

Bobby lived life with true “Gusto.” He was an eternal optimist and a diehard Schlitz promoter. “Coach” could be found holding court at “The T.” If you were lucky, you shared in one of the many polenta dinners over the years that he enthusiastically stirred for his friends and family. You could find him many nights at his kitchen table in nightlong games of solitaire.

He was a communicant of St. Elizabeth of Hungary Parish and was a former member of the Sons of Italy. Bobby was an avid sports fan of the Boston Red Sox and Boston Celtics. In his younger years, he played softball and semi-pro football with the St. Anthony Crusaders.

Survivors include his wife, Nancy Josephine (Giusti) Andreatta whom he married on November 5, 1949 and one brother- Leo Andreatta of North Adams. He also leaves many nieces, nephews, grandnieces, grandnephews and cousins, all of whom he has made a profound effect upon their lives. His brother, Bruno Andreatta is deceased.

FUNERAL NOTICE: A Liturgy of Christian Burial for Coach Andreatta will be celebrated Friday June 11, 2021 at 11:00 AM at St. Elizabeth of Hungary Church. Burial will follow in Southview Cemetery. A calling hour will be held Friday morning from 9:30 to 10:30 AM at FLYNN & DAGNOLI-MONTAGNA HOME FOR FUNERALS CENTRAL CHAPEL, 74 Marshall St. North Adams, MA. In lieu of flowers, memorial donations may be made to the St. Vincent de Paul Conference at St. Elizabeth Church in care of the funeral home. To add to the Book of Memories, please visit www.flynndagnolifuneralhomes.com.
Read Less

To send flowers to the family or plant a tree in memory of Robert "Coach" Andreatta Jr., please visit our Heartfelt Sympathies Store. 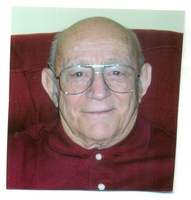