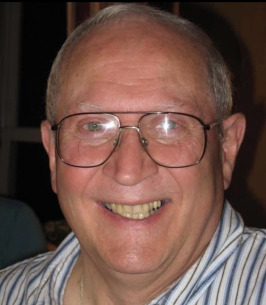 Raymond Serafino Bertolino, 78 of Pittsfield, MA died Thursday November 4, 2021 at his home, surrounded by his family's love.
He was born in Pittsfield, MA on June 30, 1943, a son of Remo Secundo Bertolino and Elsie (Papa) Bertolino. He attended local schools and graduated from Pittsfield High School in 1961. Ray was a veteran of the US Air Force and served during the Vietnam era.
Following his military service, he was employed by the National Security Agency for about three years. He was last employed by General Dynamics in Pittsfield until his retirement in 2003.
He was a communicant of the former Our Lady of Mount Carmel Church. Ray was a member of the Dalton American Legion and the Italian American Club. He enjoyed playing bocce and especially enjoyed spending time with his grandchildren.
Survivors include his wife, Rita May (Bedard) Bertolino, whom he married on September 17, 1966 and one daughter- Patricia Ann Bertolino-Taylor and Husband Christian Taylor of Arizona; and one son- Robert Michael and his wife Samantha Bertolino of Williamstown, MA. He also leaves six grandchildren- Matthew, Elizabeth , Chelsie, and Lilian Bertolino, Ethan and Nicholas Stapleton; two sisters- Shirley Bertolino Hedman of Schenectady, NY and Elaine Bertolino and Husband Walter LaPierre of Pittsfield, MA and nieces and nephews. He was predeceased by his daughter Diane Lee Bertolino.

FUNERAL NOTICE: A Liturgy of Christian Burial for Ray Bertolino will be celebrated Thursday November 11, 2021 at 9:00 AM at St. Joseph's Church by Monsignor Michael Shershanovich. Burial will be private. Calling hours at FLYNN & DAGNOLI-BENCIVENGA FUNERAL HOME, 5 Elm St. Pittsfield, MA will be Wednesday from 4-7 pm. Memorial contributions may be made to the Dalton American Legion in care of the funeral home. To add to the Book of Memories, please visit www.flynndagnolifuneralhomes.com.