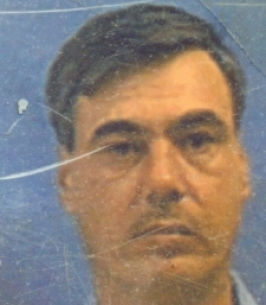 Mark W. Brown, 61 years old of North Adams, passed away surrounded by his loving & devoted wife, Marcia E. Brown and his son Andrew J. Brown. Mark was a man with much wisdom and everyone that knew him knew he had a big heart. Mark enjoyed spending time with his family outdoors, long drives, traveling the world, Alaska being the only one left to visit. He was very creative and artistic especially when providing oversight to his Son Andrew whom he is proud to have seen become an Eagle Scout.

Mark is a graduate of C.H. McCann Technical High School-Electrical Trade Shop, Class of 1979. He was a volunteer at the Florida Fire Department in the 1970s and then with the North Adams Auxiliary Police in 1983.
He was then employed at the Rowe Yankee Atomic in 1988-1993 where he was awarded Security Officer of the Year. He later was employed at North Adams Regional Hospital in 1997-2011. It was at NARH where he and his wife both spent years working in the healthcare sector. Mark was a dedicated employee who strived and continued to go above and beyond in everything he did until he retired due to health related illness.

Mark spent his retirement spending time with his wife, children, grandchildren, siblings, cousins, nieces, nephews and many family friends. Traveling, fishing, he loved going tag-saling and antique stores on the New England coast, all the while turning the tunes up and getting his inner rockstar on.

Mark was born October 22nd, 1960, to the late Jean Mabel Brown (Carrier) and the late William Nelson Brown in the beautiful Berkshire valleys and peaks of North Adams.

He is survived by his Wife of 42 years, Marcia E. Brown, of North Adams, A son, Andrew J. Brown, of North Adams, three beautiful daughters: Rebecca J. Randall and her husband Toby Randall of North Adams, Alicia M. Brown & Eric Daniels of Pittsfield, Melissa Borer and her husband Daniel Borer of Adams, A son, William N. Brown II, of Williamstown. His Sisters, Barbara J. Brown of Oxford, ME, Christine Brown of North Adams, Beverley Brown of Mesa, AZ, Kelly Thompson and her Husband Larry Thompson of Fiddletown, CA. 13 Grandchildren , several aunts, uncles, nieces, nephews, cousins and many family friends.
He was predeceased by his son, Mark A. Brown, His Daughter Erika L. Brown, and a grandson, Izyak Morris, and his niece Stephanie Marceau.