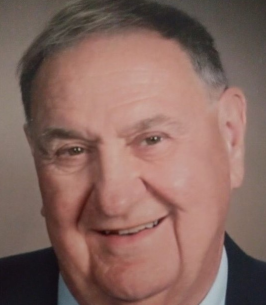 Alfred J. Bona, 77, a longtime resident of Clarksburg, MA, died on January 14, 2022 with his loved ones by his side following a swift, but courageous battle with late stage cancer. Fred was born in North Adams, MA on July 21, 1944, a son of Angelina M. and Albert A. Bona. He attended local schools and graduated with the Drury High School class of 1963. He went on to join the National Guard for several years obtaining the rank of sergeant.
Fred and his brother Bob worked with their Dad at Bona’s Garage for many years. With great care and pride, they went on to own and operate the family business, working side by side until they retired. Fred brought a sense of warmth and friendship to the daily morning coffee hour that Bona’s Garage was known for.
Fred was an active member of the First Baptist Church of North Adams where he served with great love and pride in many roles. He was a greeter, an usher, a member of the men’s ministry and he served on the church life board. Pastor David Anderson was like a son to him.
Fred’s beloved wife, Dale Ann ( Reimer) Bona, whom he married on May 15, 1965, passed away on August 8, 2018. Together they became committed advocates for people with disabilities when their beloved daughter, Carrie was born 53 years ago. They learned to partner with people who could be resources for her: other parents and children who were living with disabilities, medical and communication specialists, public school systems, as well as local and state officials. When Carrie grew into adulthood, they became a part of Nonotuck Resource Associates. Fred has led Nonotuck as its Chairman of the Board for over twenty years. He cared deeply for the people the agency served and oversaw this organization with insight, moral integrity, love and inspiration.
Survivors include his beloved daughter, Carrie A. Bona of Pittsfield, two brothers Robert A. Bona and Richard P. Bona of Clarksburg, a sister Donna M. Morgan of North Adams, his companion Ellen Dupuis of North Adams, as well as many special nieces and nephews who were a big part of his life. Fred was predeceased by his parents, Albert and Angelina Bona, his wife Dale Bona, and his niece Diana M. Morgan.
A celebration of Alfred "Fred" Bona's life will take place Thursday January 20, 2022 at 11a.m at the First Baptist Church of North Adams. Burial will take place in the Clarksburg Cemetery in the spring. Calling hours are Thursday from 9-11 a.m. at the First Baptist Church in North Adams. Memorial donations are suggested for the First Baptist Church of North Adams through the Flynn & Dagnoli Funeral Home, 74 Marshall St. North Adams, MA. 01247. To add to the Book of Memories, please visit www.flynndagnolifuneralhomes.com.